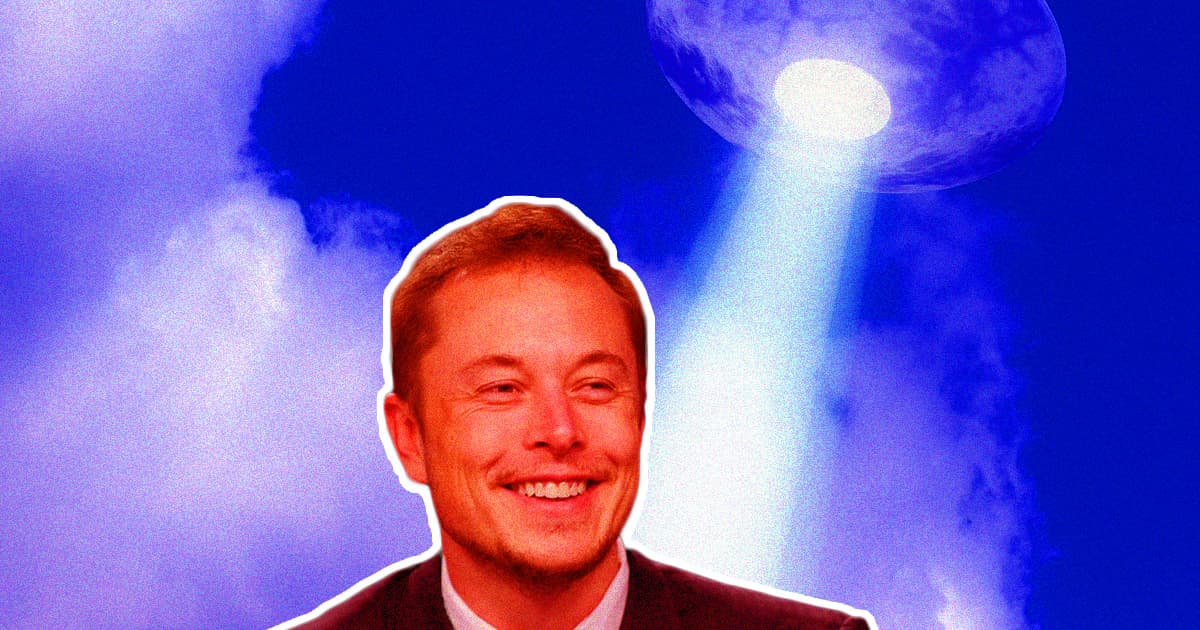 Go Back to Mars

Elon Musk Has an Interesting Argument Against UFOs

"Honestly, I think I would know if there were aliens."

"Honestly, I think I would know if there were aliens."

Tesla and SpaceX CEO Elon Musk waded in to the world of UFO sightings this week, claiming his latest meme is the "strongest argument against aliens."

The graph shows how the resolution of cameras has risen since the 19th century — even while images of UFO sightings have remained incredibly pixelated and low quality.

Musk isn't a believer, that's for sure.

"To the best of my knowledge... there is no direct evidence [of] alien life [on Earth]," Musk told Joe Rogan in a February interview.

"Honestly, I think I would know if there were aliens," he told Rogan, to which Rogan replied, "I would hope so."

Musk also told the podcaster that it's a "waste of time" to search for aliens.

"If they wanted us to know they would they could just show up and walk down Main Street and say 'Hey I’m an alien. check me out,' you know."

On the other hand, some pointed out, there's always the possibility that Musk himself is in an alien in desperate need of a ride back home.