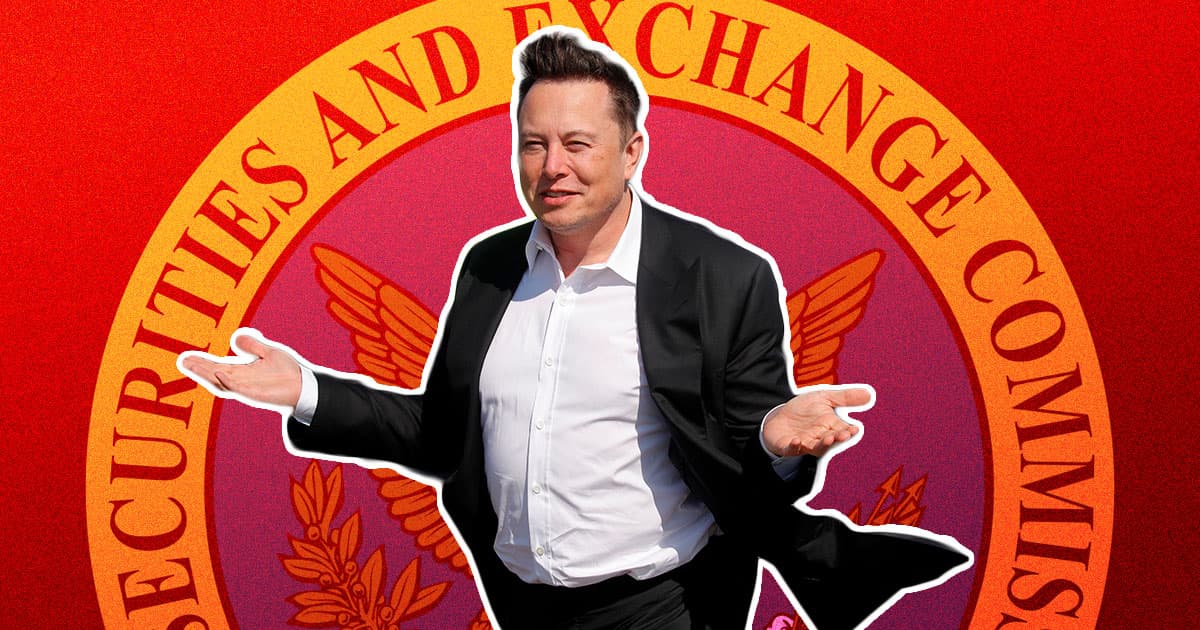 Elon Musk's Lawyer Accuses Government of "Leaking" Information About Him

What's he talking about?

What's he talking about?

Elon Musk's back at it again, folks — and this time, his attorney is accusing the federal government of leaking.

Following up on his claim that the Securities and Exchange Commission was trying to harass him into silence, Musk's attorney accused the commission of "leaking certain information" in an ongoing retaliation campaign against the Tesla and SpaceX CEO.

This alleged campaign supposedly began back in 2018, when the SEC investigated Musk for tweeting about selling Tesla stock at $420 a share and taking the company private, eventually charging him with misleading investors. Though that case was settled in 2018 after Musk and Tesla paid $20 million each in fines, new reporting about the commission subpoenaing the CEO in recent months has reignited the debacle.

This most recent pair of letters, both written and sent by Musk's attorney Alex Spiro, were addressed to US District Judge Alison Nathan, who presided over the 2018 settlement. Though the case is no longer on the judge's docket, Spiro addressed the letters to her to mediate a meeting between the SEC and Musk.

The SEC's November 2021 subpoena, as CNBC reported last week, came just after Musk once again tweeted about selling off Tesla stock — something that he arguably wasn't supposed to do per the 2018 settlement that saw him stepping down as Tesla chair and accepting oversight from the company on all online communications.

In his letters to Judge Nathan, however, Musk's attorney suggests that the commission is investigating his client for criticizing the government. The letters also highlight the SEC's slow progress on disbursing the $40 million Tesla and Musk paid to settle the case, though in its own statements to CNBC, the commission said that it was moving forward with the difficult task and would submit a "plan for disbursement" by March.

So far, Musk's attorney has given little in the way of evidence to support the accusation that the government is engaged in a retaliation campaign against him. Nevertheless, these escalating claims show that, if nothing else, he's not going to go softly into another settlement if the SEC charges him again.

Updated with details about the letter.