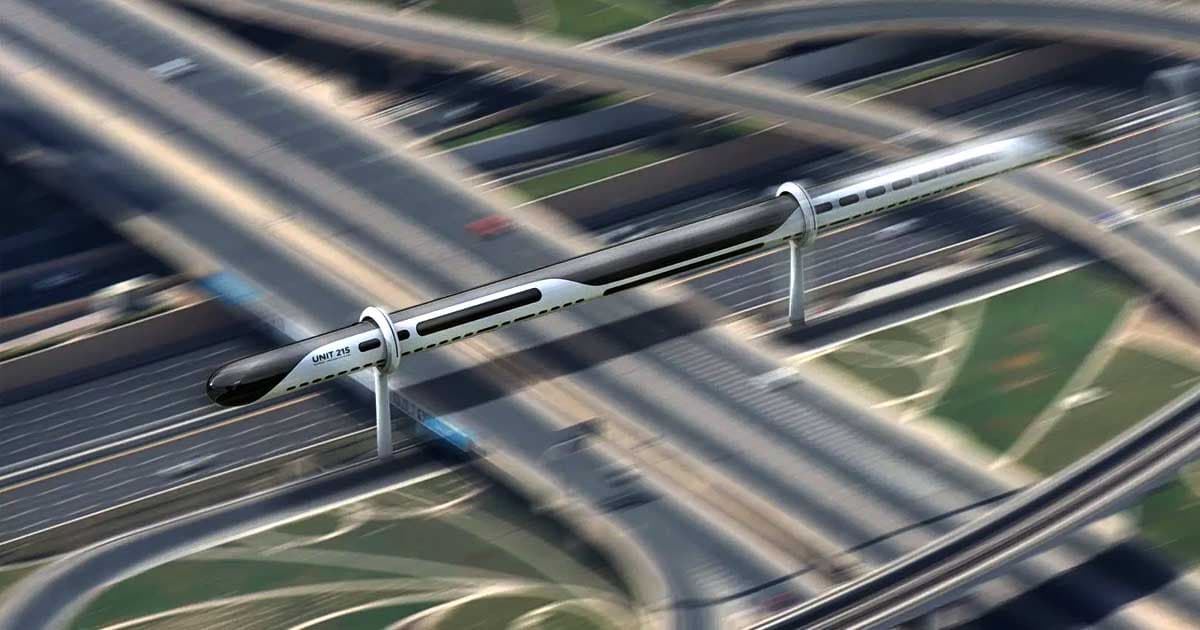 Oh, and it hovers 65 feet over the ground.

Oh, and it hovers 65 feet over the ground.

Rather than fly to New York for the United Nations' Climate Action summit in September, Swedish climate activist Greta Thunberg crossed the Atlantic aboard a zero-emissions boat.

That climate-conscious decision transformed what would have been an eight-hour-long trip from London into a two-week-long journey — but a newly proposed transportation system could cut the climate cost of long-distance travel without sacrificing speed.

The system is an elevated train called the AeroSlider, and it's the work of strategic design consultancy Manyone.

Rather than resting on tracks, the train floats through a series of magnetized loops 65 feet in the air, Fast Company reports. Those loops propel the train forward, like a rail gun, at speeds upwards of 804 kilometers per hour (500 miles per hour), which is about the average cruising speed of a plane.

Manyone laid out a route for the AeroSlider that would extend from Africa to Europe to Asia. But right now, that route — and everything else about the AeroSlider — is just a concept.

Still, lead designer Guillermo Callau is hopeful that the elevated train will get people thinking about future alternatives to flight — because we're going to need them.

"You would take something a little slower than a flight, but it would be immensely more efficient," Callau told Fast Company. "This isn’t just being optimistic. It’s necessary. CO2 tariffs, or taxes on CO2, will make flights way more inaccessible."

More on flying: Want to Save the Environment? Experts Say You Should Stop Traveling.

Electric Fleet
All New Public Buses in California Have to Be Electric by 2029
12. 15. 18
Read More
The U.S.'s First Private, High-Speed Train Service is Opening in Florida
12. 9. 17
Read More
Stem Ware
Scientists Discover World's Oldest Preserved Vertebrate Brain
9:45 PM
Read More
+Social+Newsletter
TopicsAbout UsContact Us
Copyright ©, Camden Media Inc All Rights Reserved. See our User Agreement, Privacy Policy and Data Use Policy. The material on this site may not be reproduced, distributed, transmitted, cached or otherwise used, except with prior written permission of Futurism. Articles may contain affiliate links which enable us to share in the revenue of any purchases made.
Fonts by Typekit and Monotype.