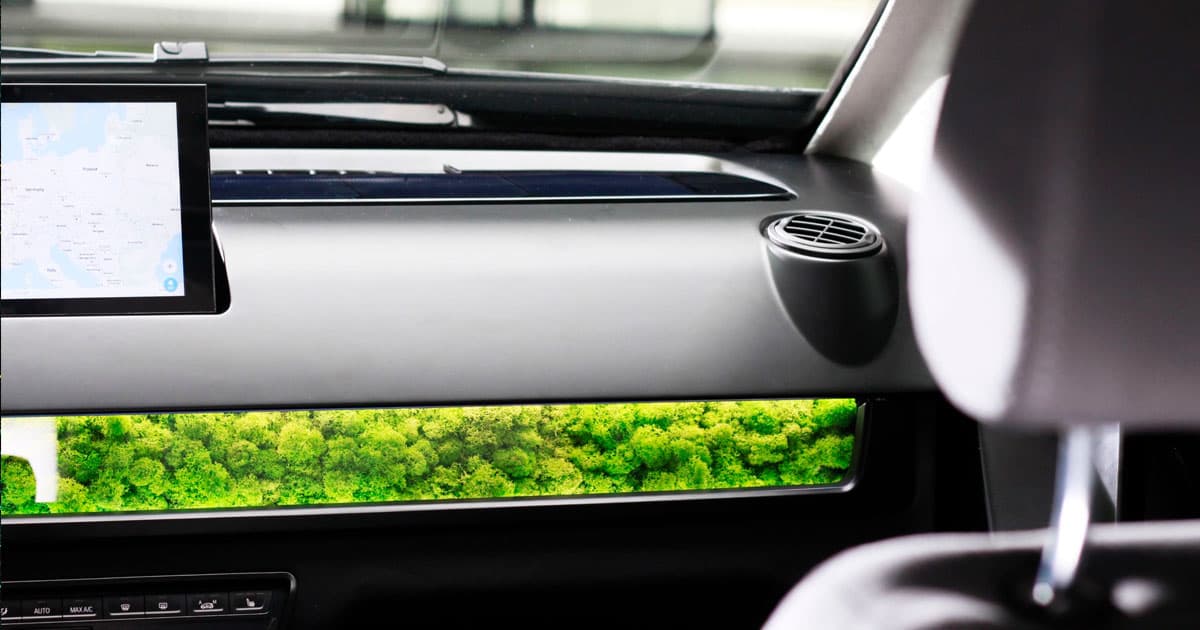 This Electric Car Uses Moss in the Dashboard to Filter Air

It's like a mini forest built right into the interior.

It's like a mini forest built right into the interior.

You won’t see them on the street any time before the summer of 2020, but German startup Sono Motors has revealed a new solar-powered electric car with a strange twist: strands of moss integrated into the vehicle’s dashboard that help the car’s air filtering system.

As pointed out by Electrek, the moss is no longer alive — but that doesn’t stop it from keeping the air inside the cabin as fresh as possible, according to Sono Motors.

“[The air filtration system] uses electrostatic gravitation to filter up to 20% of particulate matter out of the air while offering positive effects for the temperature and humidity inside the Sion,” Sono claims on its website.

Apart from the, uh, dead greenery, owners will get to enjoy a ten inch touch display in the center console, and a range of up to 250 km on a single charge from a 120 kW electric motor.

The entire top of the vehicle’s chassis is covered in near-invisible solar panels to juice up the battery. The startup claims the panels alone could add up to 30 km of range in a single day.

It may not be the most exciting car design to have come out in recent years — after all it was never meant to complement your collection of Ferraris — but the car shows that the startup is willing to consider to unusual solutions.

More on electric cars: Ferrari’s Most Powerful Production Car Ever Is a Plug-in Hybrid