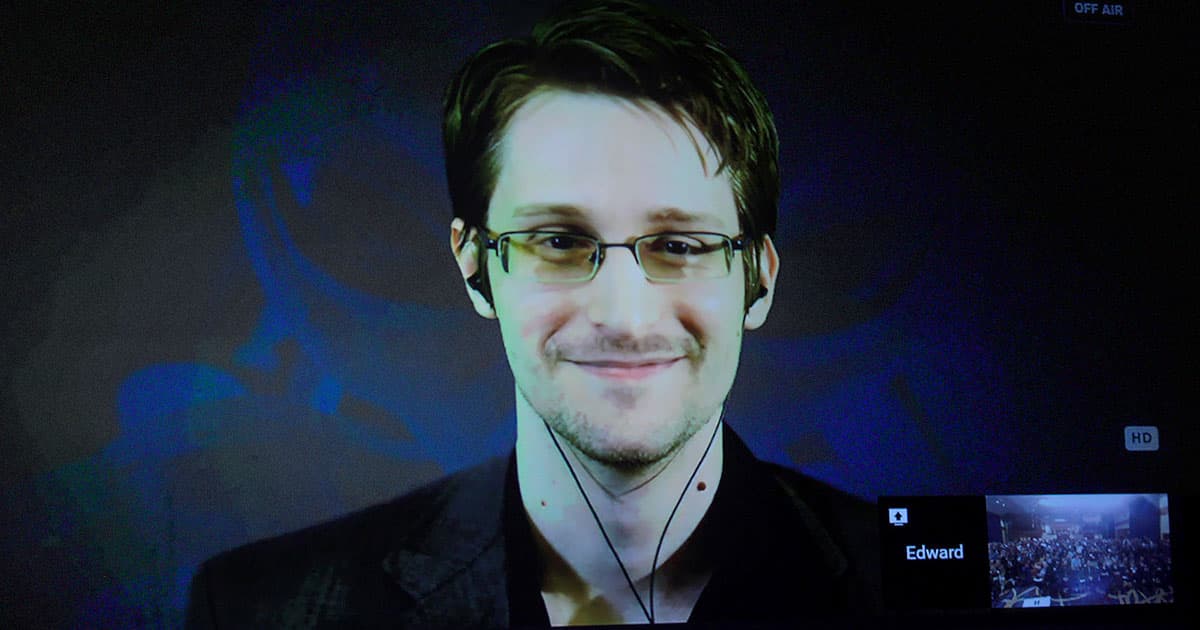 Edward Snowden Searched For Evidence That Gov Is Hiding Aliens

"If [evidence of alien contact is] hidden, and it could be hidden, it's hidden really damn well."

"If [evidence of alien contact is] hidden, and it could be hidden, it's hidden really damn well."

Is the U.S. government embroiled in a massive conspiracy to hide aliens from us? National Security Agency whistleblower Edward Snowden says probably not.

In a conversation on the Joe Rogan Experience Podcast — where else? — Snowden told Rogan that he "couldn't find anything," despite having "ridiculous access to the networks of the NSA, CIA, military, all these groups."

And if there are aliens that the government is hiding away from us, they're pretty well hidden.

"If it's hidden, and it could be hidden, it's hidden really damn well especially for people on the inside," Snowden said.

Rogan has discussed the topics with plenty of his guests in the past, including Bernie Sanders. In a conversation on Rogan's podcast in August, Sanders claimed he will help investigate Area 51 to reveal if there are indeed aliens there.

Snowden has been living in Russia since 2013 after releasing highly classified information about the NSA and CIA's global surveillance program.

His book, "Permanent Record," was published on September 17, but was faced with a civil lawsuit by the Department of Justice the same day.

More on aliens: The US Army Is Spending $750K to Partner With UFO Research Group

Bro Rogan
If You Think Joe Rogan Is Credible, This Bizarre Clip of Him Yelling at a Scientist Will Probably Change Your Mind
1. 15. 22
Read More
Former Official: UFO Report Actually Strengthens "Alien Hypothesis"
7. 7. 21
Read More
Close Encounters of the Bored Kind
The Long-Awaited UFO Report Was Honestly Kind of Disappointing
6. 26. 21
Read More
+Social+Newsletter
TopicsAbout UsContact Us
Copyright ©, Camden Media Inc All Rights Reserved. See our User Agreement, Privacy Policy and Data Use Policy. The material on this site may not be reproduced, distributed, transmitted, cached or otherwise used, except with prior written permission of Futurism. Articles may contain affiliate links which enable us to share in the revenue of any purchases made.
Fonts by Typekit and Monotype.