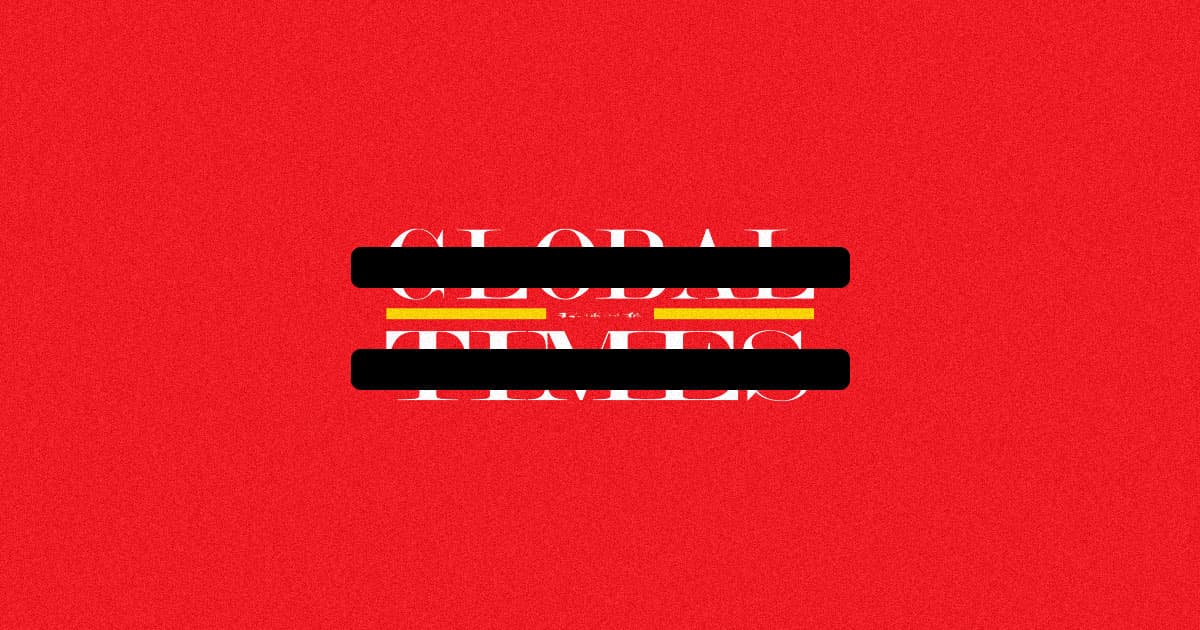 Editor of Chinese Paper Complains About Censorship, Gets Censored

The editor complained about the Great Firewall — and was promptly censored for it.

The editor complained about the Great Firewall — and was promptly censored for it.

But his post vanished shortly thereafter, according to Bloomberg. Whether the post was deleted for him or he was pressed to remove it, it's an ironic ending to Hu's call for greater connectivity, which he said in the post would help him do a better job as a journalist.

Hu argued that greater connectivity to the outside world would benefit the country, especially in regards to scientific research and global communications, Bloomberg reports.

Hu's been taking matters into his own hands as much as possible, per Bloomberg. He's reportedly been spending time in Hong Kong, an area with a stronger connection to the global internet, to cover ongoing protests against the government.

Whether China will let that fly is still unclear.

More on censorship: China Appears to Be Censoring Hong Kong Protests From TikTok

Balloon News
China Says "Spy Balloon" Soaring Over America Is Completely Innocent
Feb 3
Read More
Heating Up
Employees at TikTok Apparently Have a Secret Button That Can Make Anything Go Viral
Jan 21
Read More
Sounding Off
Adult Performers React to Law Requiring Photo ID to Watch Online Porn
Jan 7
Read More
+Social+Newsletter
TopicsAbout UsContact Us
Copyright ©, Camden Media Inc All Rights Reserved. See our User Agreement, Privacy Policy and Data Use Policy. The material on this site may not be reproduced, distributed, transmitted, cached or otherwise used, except with prior written permission of Futurism. Articles may contain affiliate links which enable us to share in the revenue of any purchases made.
Fonts by Typekit and Monotype.