China Appears to Be Censoring Hong Kong Protests From TikTok

Is the Chinese government silencing citizen protests on one of the most popular social media apps? 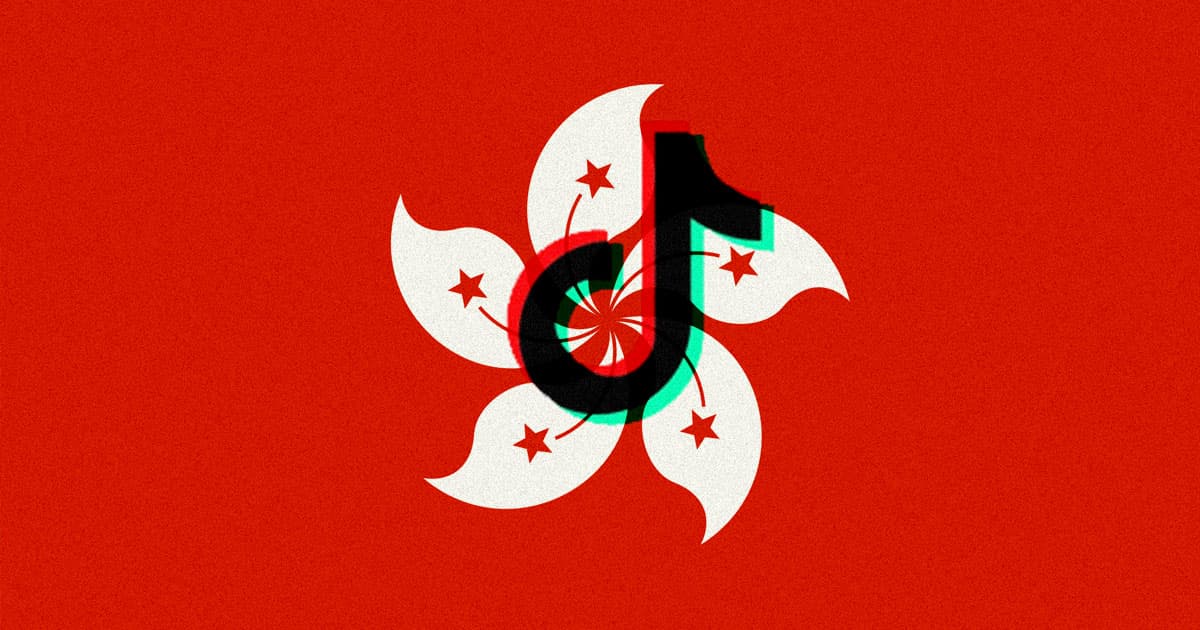 Pull out Instagram, Twitter, or Facebook and search for the Hong Kong protests. You'll likely see videos of hundreds of thousands of umbrella-sheathed marchers filling through the streets of the Chinese city, as well as some pro-government propaganda, or even more gruesome images of police spraying the bloodied heads of protesters with pepper spray.

Make the same search on the widely-popular video sharing app TikTok, though, and you won't know there's a protest at all. According to The Washington Post, that's almost certainly a "politically convenient reality" created by TikTok owner ByteDance on behalf of the Chinese government — a terrifying example of how social media can be manipulated as a form of social control.

Researchers are concerned that China is censoring the app's Chinese users in order to strangle the voice of protestors and stem the global spread of information, according to the Post. The protests in Hong Kong first sparked off three months ago in opposition to a since-shelved extradition bill, but have since grown to call for "full democracy" and police accountability.

ByteDance declined to speak with the Post about its "purported independence from censors in Beijing." Instead, it released a statement claiming the app is "a place for entertainment, not politics," and that the app's audience gravitates toward more "positive and joyful content."

That's a dubious claim. The app is arguably one of China’s "most successful social-media exports," currently installed on a staggering 1.3 billion phones around the world, and the content shared through its bite-sized videos goes way beyond singing tweens and latte art.

Users do riff on pop culture and record their cute pets, but just as often it's used by protesters across the globe — as well as hate groups spewing vitriol. Just last month, Chinese users on Douyin, the original version of TikTok, posted videos solemnly posing in front of photographs of their relatives who had reportedly disappeared in the internment camps in China's Xinjiang region.

Whether app developers plan for it or not, social media continues to provide a voice to political and social unrest, allowing citizens of even the most censored countries and regions to amplify their beliefs to viewers across the world. The only problem: those developers can decide to click the mute button.

As the Post reports, it's nearly impossible to tell what content is being censored by TikTok, whether that be videos of protests or even hate speech and extremism. The lack of Hong Kong protest videos could even be attributed to users' fear that the government is closely monitoring their content.

But regardless of the cause, the opacity of TikTok's operations and policies should brew concern for any users of the app. The same extreme censoring methods could extend unchecked throughout the app's ever-growing global audience.

More on the protests in Hong Kong: Police are spraying protesters with dye to round them up later

Read This Next
Dealbreaker
Shocker: Elon Musk's Twitter Deal May Already Be Falling Apart
Billionaire Social Media
Twitter Agrees to Elon Musk Takeover
Walls Up
China Is Building a Huge New Wall to Allegedly Keep COVID Out
Gassy Girl Boss
Reality TV Star Stops Selling Her Farts in Jars to Sell Fart NFTs Instead
Dab Hit
Here's The Real Reason Why Fortnite Just Abandoned China
More on Future Society
Fabricators
Yesterday on the byte
Ignorant Scientists Keep Citing Papers That Were Retracted for Fraud
beachy boi
Yesterday on the byte
CEO Quits $68 Billion Firm to "Sit at the Beach and Do Nothing"
Corporate Chaos
Yesterday on the byte
RadioShack Is Tweeting About Drugs and Unusual Sexual Acts, for Some Reason
READ MORE STORIES ABOUT / Future Society
Keep up.
Subscribe to our daily newsletter to keep in touch with the subjects shaping our future.
+Social+Newsletter
TopicsAbout UsContact Us
Copyright ©, Camden Media Inc All Rights Reserved. See our User Agreement, Privacy Policy and Data Use Policy. The material on this site may not be reproduced, distributed, transmitted, cached or otherwise used, except with prior written permission of Futurism. Fonts by Typekit and Monotype.