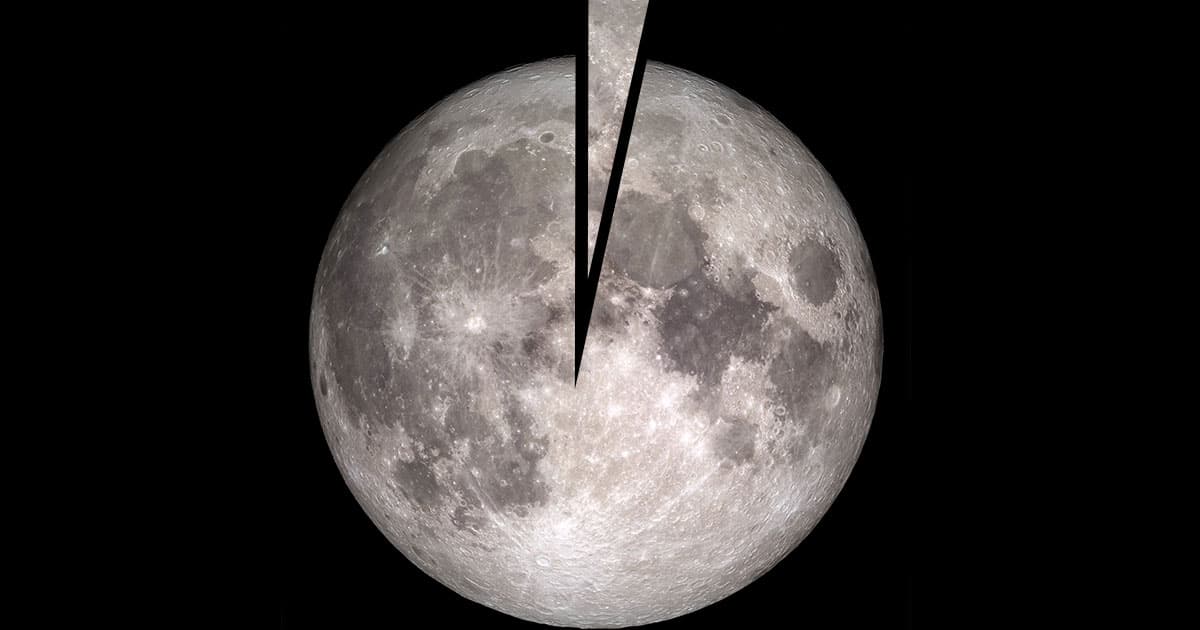 Study: Earth Has Another Tiny Moon That Broke Off from the Big One

In 2016, scientists discovered that the Earth has a second Moon that — unlike its much more widely-known sibling that's visible in the night sky — circles our planet at 38 to 100 times the distance of our primary Moon.

For years, the origin of this "quasi-Moon" has eluded astronomers. But now, they might have an answer. In a new study published in Nature, scientists say they found evidence that the quasi-Moon — dubbed Kamo’oalew, the Hawaiian word for a moving space object — is an ancient fragment of the Earth’s primary Moon. They believe that the mini-Moon might have broken off of the lunar surface due to an epic collision, in time immemorial, with an asteroid or other astronomical object.

"We see thousands of craters on the Moon, so some of this lunar ejecta has to be sticking around in space," Ben Sharkey, graduate student of the Lunar and Planetary Laboratory at the University of Arizona and lead author of the paper, told Time of the new research.

Using a telescope, the team found that Kamo’oalew is made up of common silicates not unlike other asteroids, according to Time's reporting. However, they discovered that the quasi-Moon’s infrared signature differed from typical asteroids.

That difference was a mystery until Sharkey compared the data with findings from lunar samples taken during the 1971 Apollo 14 mission. That comparison revealed that the space-weathering that lunar silicates undergo explained the difference in infrared activity — meaning that Kamo’oalew likely came from our primary Moon.

"Visually, what you’re seeing is weathered silicate," Sharkey said to Time. "The eons of exposure to space environment and the micrometeorite impacts, it’s almost like a fingerprint and it’s hard to miss."

While the second Moon is undoubtedly cool, we wouldn’t get too attached. According to the paper, it’ll orbit Earth for roughly 300 more years before it’ll likely yeet itself into the void of space.

READ MORE: Earth Has a Second Moon — For Another 300 Years, At Least [Time]

More on mini-moon: NASA Just Confirmed That Earth Has a New "Mini-Moon"