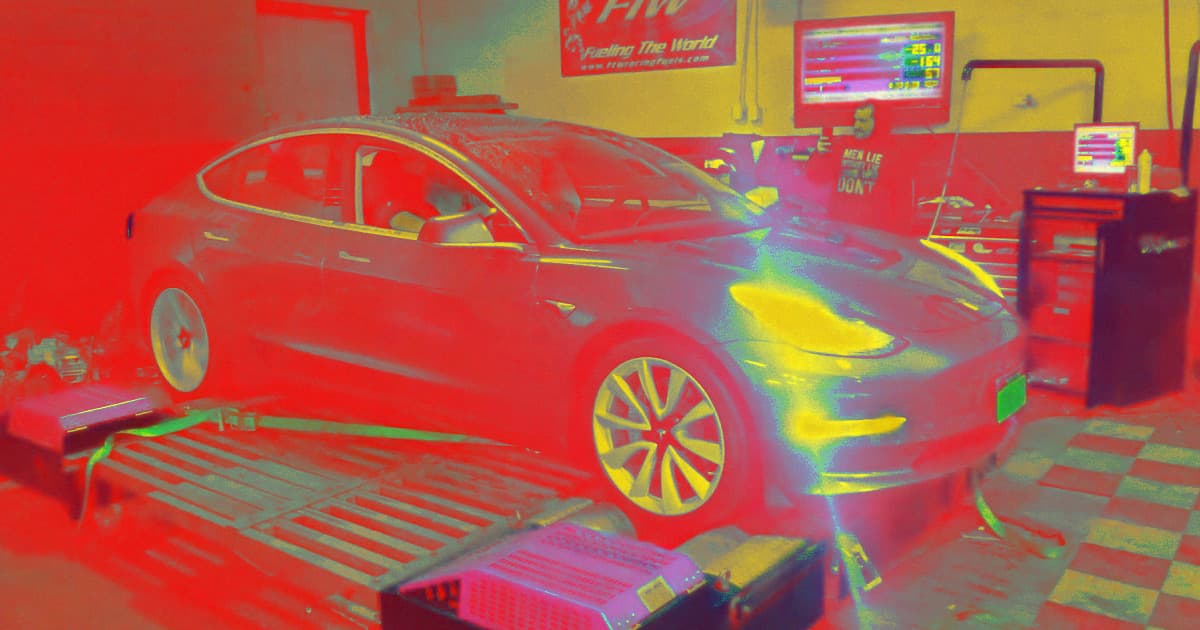 Idiots Are Driving Teslas In Mode That Disables Safety Features

But now, Electrek reports, morons are hitting the road with the dangerous mode activated — in hopes it'll turn their cars into "drift machines."

The purpose behind the feature is to allow the car's power output to be tested on a "dynamometer" — essentially a treadmill for an entire car that can measure the torque and RPMs its drivetrain can put out.

Despite the obvious risks, the feature is already being abused by Tesla owners who are posting videos online that show them driving their Teslas with the feature turned on — in one instance ending a joyride early by crashing into a chainlink fence.

Needless to say, this is a bad idea. Driving without safety features is dangerous and can easily cause you to lose control of your vehicle, Electrek points out.

It's not even a matter of pushing the vehicle to its limits — there's practically no boost to performance in Dyno Mode, according to Electrek.

That's what Tesla designed Track Mode for, a feature specifically designed for closed circuits and racetracks that enhances cornering power and cooling.

READ MORE: Tesla released a ‘dyno mode’ and you should NOT use it (seriously, really) [Electrek]