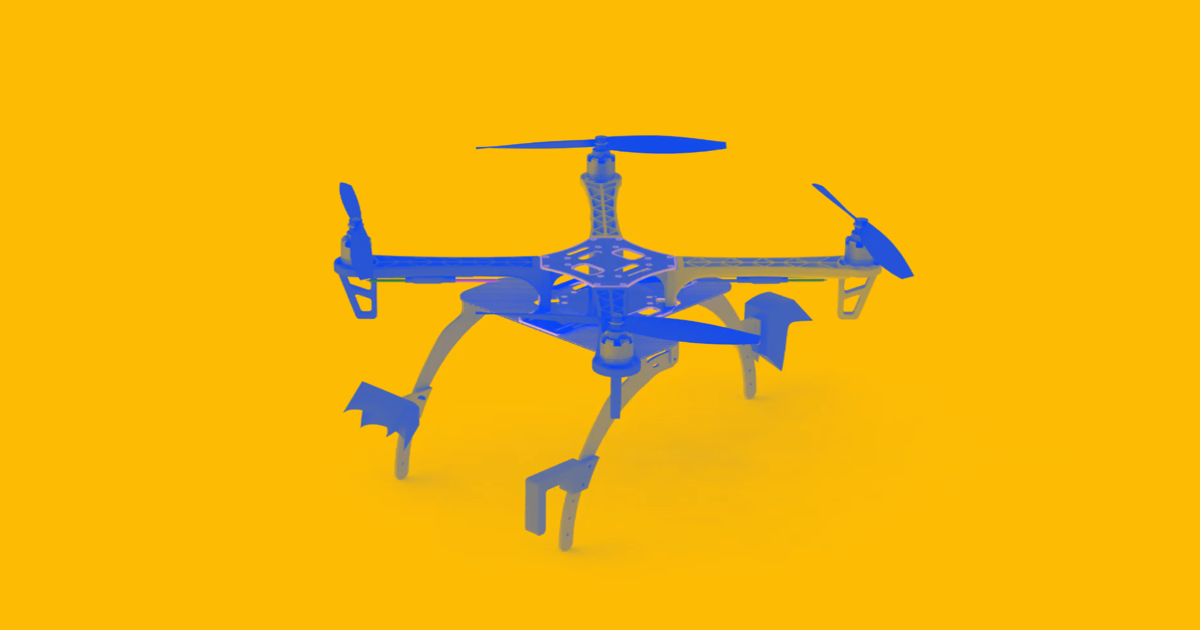 Drones' Batteries Could Last Longer if They Could Perch Like Birds

These modular landing gears could allow a drone to perch underneath a bridge during a storm.

These modular landing gears could allow a drone to perch underneath a bridge during a storm.

Drones aren't known for their lengthy flight times. Until we can figure out how to wirelessly charge them from the ground, their battery life will likely remain limited to less than an hour.

But by perching on the side of a building using bird-like claws, according to new research, drones could stay out far longer — since it'd require less energy than hovering in mid-air.

"Birds usually fly somewhere and they stay at the top of the roof or some tree branches," Kaiyu Hang, a roboticist who worked on the research at Yale University, told NPR.

Hang and his colleagues came up with a bird-inspired design that act as the drone's "modularized landing gears," as he describes them in his paper, published in the journal Science Robotics in March. The claws are designed to extend and save battery power by allowing the drone to both perch and rest.

And the modular claws could have other benefits, too.

"If you perch, for example, underneath a bridge or underneath the eaves of a building you can ride out storms or bad weather that would make it hard to fly," Stanford University professor Mark Cutkosky told NPR.

READ MORE: If Drones Had 'Claws,' They Might Be Able To Fly For Longer [NPR]

More on flight: Russia Built a Battering Ram Drone to Knock Drones out of the Sky