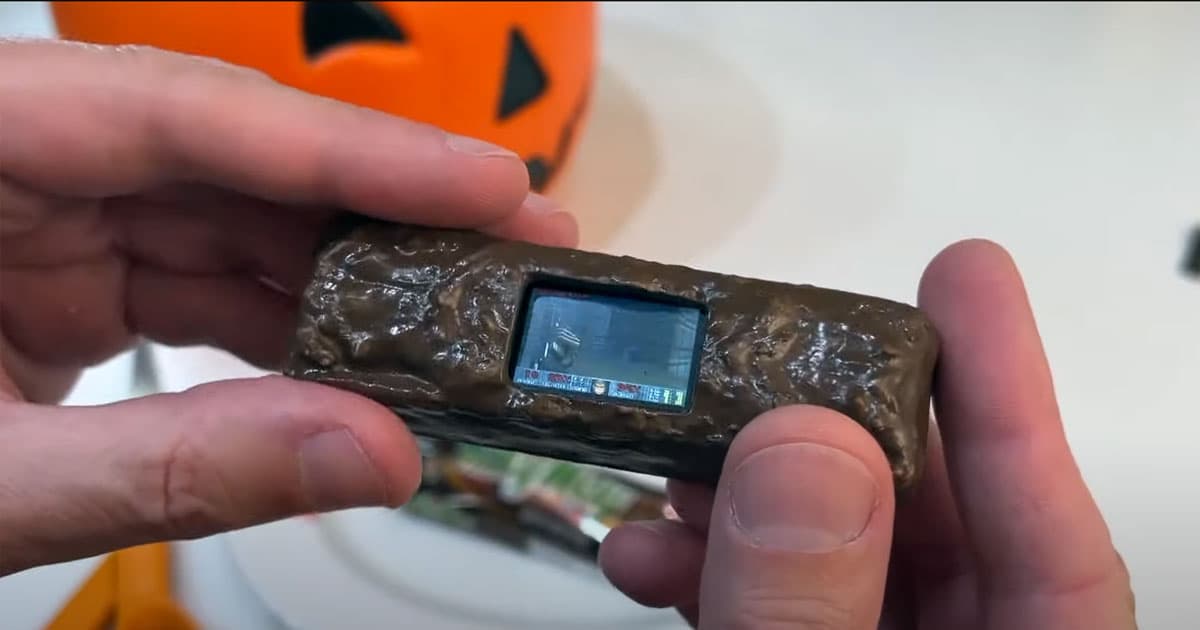 It Can Play Doom

Halloween is almost upon us — and with it, anxiety-ridden parents terrified their kids will get candy riddled with razor blades, needles, or broken glass — from strangers.

In a fun twist on those common urban myths, hackers at open-source hardware company Adafruit have created the ultimate Milky Way (Mars if you're outside of the US) candy bar — that can literally run the videogame "Doom."

"Adafurit would like to remind parents this Halloween to please carefully inspect your kids' candy," a voiceover in a video of the confectionary wunderkind says. "We found Doom running inside this Milky Way bar."

The data crunching candy bar, dubbed "Candy of Doom," is yet another example of mundane, everyday objects being able to run the 1993 blockbuster title. We've seen "Doom" being played on a John Deere Tractor, on a computer built inside Minecraft. In one instance, a YouTuber was able to play Doom on a calculator, which in turn was being powered by 100 moldy potatoes. One genius developer even managed to get "Doom" running inside Doom."

We're not entirely convinced Adafruit's "Doom"-playing candy bar is actually made out of chocolate — it looks suspiciously like shiny plastic — but it's a hilarious gag nonetheless.

Besides, what kind of trick-or-treating kid wouldn't want to play "Doom" on their candy bar?

More on Doom: Hacker Installs DOOM on John Deere Tractor For Some Reason