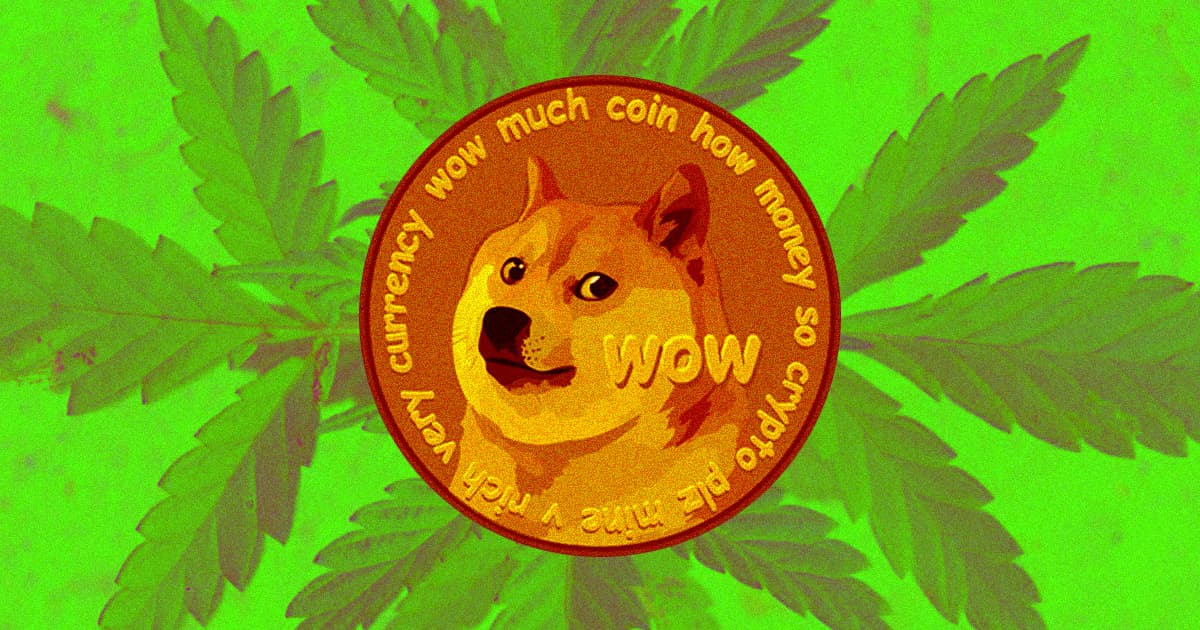 To the Moon or Whatever

On an auspicious day in popular culture, joke-but-not-actually-a-joke cryptocurrency Dogecoin hit 42 cents, or $0.420, as Bloomberg reports.

That may not sound like much, but that means the token soared a whopping 400 percent in just one week, to a market cap of some $51 billion, according to CoinGecko.com.

Crypto enthusiasts on Twitter, ever eager to drum up memes and attention for the curious coin, dubbed the phenomenon "Doge Day."

The coin, often celebrated through barrages of memes percolating through various social media channels, has seen a massive spike in popularity in recent weeks.

Tesla CEO Elon Musk himself has confessed his love for the Shiba Inu themed currency. Some of his previous tweets, in fact, have sent the cryptocurrency soaring.

Late last week, one Reddit user even found themselves becoming a "Dogecoin millionaire," posting a screenshot showing a balance of $1,081,441.29 in their account.

"There’s a tribe of investors, many of them millennials, who see it as a cause, a movement," Antoni Trenchev, co-founder of crypto-lending firm Nexo, told Bloomberg. "Dogecoin is symptomatic of the zeitgeist happening before our very eyes."

Cryptocurrencies are finally being accepted by investors and markets around the globe. Just last week, Coinbase, a popular cryptocurrency exchange, was listed publicly on NASDAQ.

More on Dogecoin: Dogecoin Is Spiking and People Are Losing Their Minds