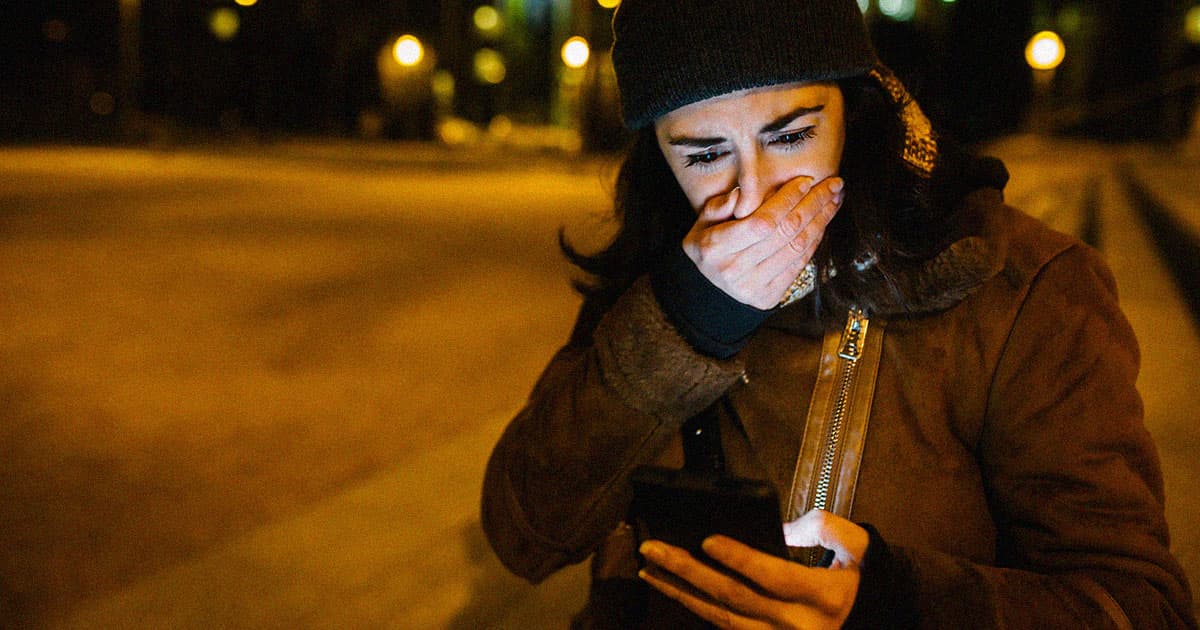 Doctor Accidentally Messages Patients to Say They Have Aggressive Cancer

Happy New Year! You have cancer!

Happy New Year! You have cancer!

A doctor's office in England tried to wish its patients a "Merry Christmas!" and a "Happy New Year!" — but instead, the Askern Medical Practice accidentally texted thousands of them that they had aggressive lung cancer, the BBC reports.

The message also instructed recipients to start filling out a form to claim benefits for having a terminal disease. Yikes.

It would take close to an hour before a correction was sent out, offering "sincere apologies for the previous text message sent" in error.

"Our message to you should have read We wish you a very merry Christmas and a Happy New Year," the office wrote.

The timing couldn't have been worse. The text was sent out just two days before Christmas, and understandably, it dampened the holiday spirit for those who received the distressing news.

One patient who was waiting on test results, Sarah Hargreaves, told the BBC that she "felt sick to my teeth and broke down."

"I had just had a mole removed and was awaiting a result from a biopsy," Hargreaves continued, "and I had been to hospital as my smear test came back abnormal, so yes, I was very worried."

Another patient, Carl Chegwin, who received the message along with his mother, said the text "was enough to break someone."

"The first thing I thought was, 'is this some kind of sick joke?'" he told the broadcaster. "They've just told people a few days before Christmas they've got terminal lung cancer. They can't do that."

We've probably all sent an embarrassing text to the wrong person by mistake, but almost certainly none as embarrassing as this.

Brands We Love
Stop Phone Scammers, Text Spammers, and Robocalls Once and for All With Uncall
5. 21. 20
Read More
This "Cancer Cure" Video Is Fake. That's The Point.
7. 13. 18
Read More
Balloon Pop
Footage Shows Chinese Balloon Being Shot Down
Yesterday
Read More
+Social+Newsletter
TopicsAbout UsContact Us
Copyright ©, Camden Media Inc All Rights Reserved. See our User Agreement, Privacy Policy and Data Use Policy. The material on this site may not be reproduced, distributed, transmitted, cached or otherwise used, except with prior written permission of Futurism. Articles may contain affiliate links which enable us to share in the revenue of any purchases made.
Fonts by Typekit and Monotype.