It literally blasts the tumors with heated up gold particles. 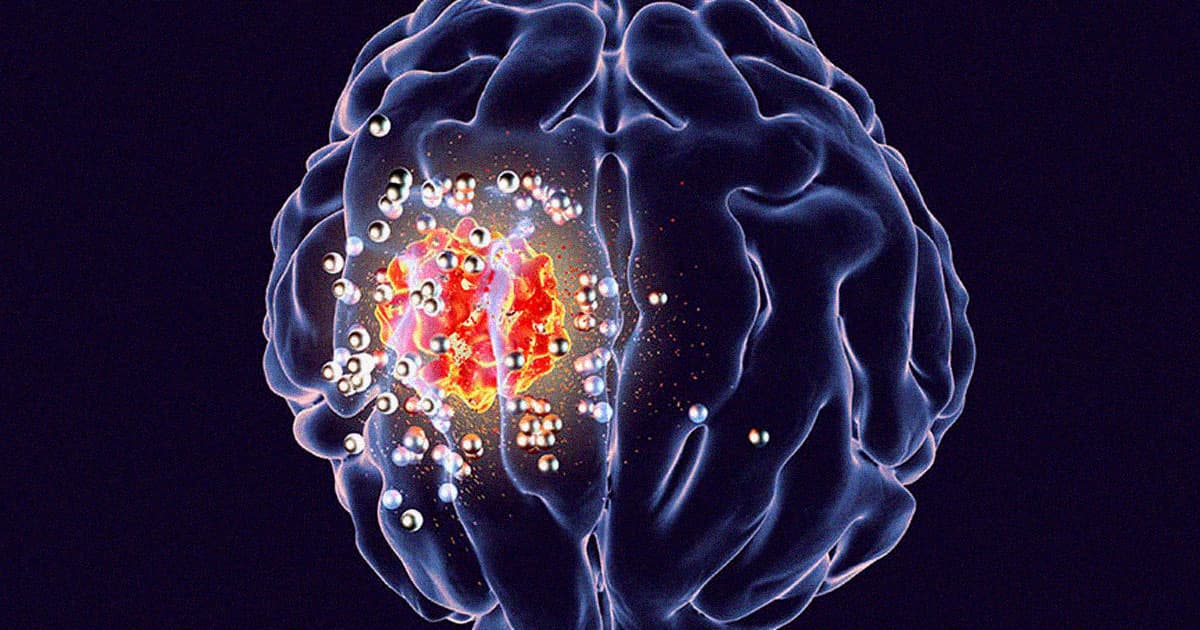 A team of researchers at Stanford Medicine have created what they hope will one day be a life-saving treatment for some of the most deadly and hard-to-treat cancers.

They've come up with a small, wireless brain implant that, armed with heatable nanoparticles, targets brain tumors — no anesthesia, chemotherapy, or radiation required.

If it sounds too good to be true, it still is — at least for now. The device, as detailed in a paper published in the journal Nature Nanotechnology, has only been tested in mice, and likely has a while to go before it'll be implanted in any human brains.

That being said, the results thus far are incredibly intriguing.

The methodology here isn't entirely new. Photothermal treatment, or the use of light to heat cancer-destroying nanoparticles, has been used to target brain cancers in the past. As of now, though, such treatment is only possible via open-skull surgery. The tumor itself has to be exposed to the light source, which is far from straightforward and highly invasive.

That's where this remote-controlled implant, packed with specially designed gold nanoparticles, comes in. The device — which took four years to create — is designed to be implanted between the skin and the skull.

Once implanted, those little gold nanoparticles are injected into the tumor itself through a tiny hole in the skull. With the flip of a switch, the device emits an infrared light that, according to the press release, "can penetrate brain tissue to activate the nanoparticles" to a temperature that kills cancer cells without harming the surrounding brain tissue.

"The nanoparticles help us target the treatment to only the tumor," Hamed Arami, PhD, a former postdoctoral fellow at Stanford Medicine and co-lead author of the paper, said in a press release, "so the side effects will be relatively less compared with chemotherapy and radiation."

To test their device, the scientists behind the project implanted the tech into the skulls of mice with brain cancer. The mice were then treated with the internal photothermal blast for just 15 minutes each day over the course of 15 days.

Excitingly, the treated mice survived two to three times longer on average than a control group of untreated mice. When coupled with chemotherapy, the rodents lived even longer.

Although, as the scientists are careful to note, it's difficult to understand what that might mean for humans, as our species have very different life spans, especially when it comes to more aggressive types of cancer, like glioblastoma.

"Glioblastoma patients don't often live more than two to three years after diagnosis because you can't get rid of every part of the tumor, and the tumor can become drug-resistant or radiation-resistant," Arami added in the statement. "The goal is to combine this with other treatments to extend survival."

The device certainly has a long way to go and has yet to be tested in humans — but the research sounds promising, nonetheless.