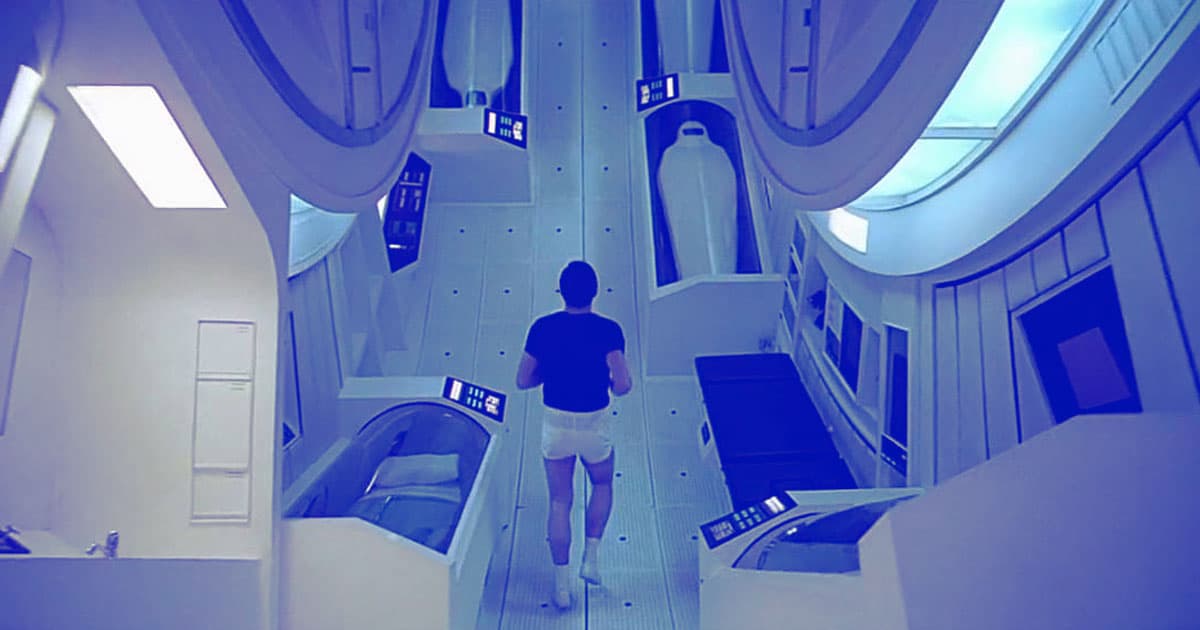 This Room-Sized Device Could Create Artificial Gravity in Space

Maybe the idea of artificial gravity isn't so crazy after all.

Maybe the idea of artificial gravity isn't so crazy after all.

You've probably seen one featured in a science fiction movie, including "2001: A Space Odyssey" — massive centrifuge-like space stations that spin around a center point to create the sensation of artificial gravity for off-world travelers.

While we have yet to build such a large system in open space, researchers from University of Colorado at Boulder have decided to miniaturize the effect instead, with a device small enough to fit inside a room that spins participants to mimic the effect of Earth-like gravity.

Creating the illusion of gravity could be of great benefit to astronauts struggling with the not-yet-fully-understood effects of microgravity for months at a time.

"The point of our work is to try to get more people to think that maybe artificial gravity isn't so crazy," Kathrine Bretl, a graduate student involved in the project said according to a statement. "Maybe it has a place outside of science fiction."

Unfortunately, motion sickness is still as much of a thing here on Earth as it is in space — one of the reasons why scientists have shied away from the idea in the past. The team decided to put that to the test and invite volunteers to spin on their centrifuge for 10 vomit-inducing sessions.

The results were promising: at 17 revolutions per minute, the effect became tolerable over time.

"As far as we can tell, essentially anyone can adapt to this stimulus," aerospace engineer Torin Clark, who led the team said.

Walk This Way
Company Has Ambitious Plan to Build Private Space Station with Artificial Gravity
2. 26. 21
Read More
The Possible Reality of Artificial Gravity
7. 6. 16
Read More
Robot Ridicule
Hilarious Video Shows Boston Dynamics Robot Failing Horribly
6:19 PM
Read More
+Social+Newsletter
TopicsAbout UsContact Us
Copyright ©, Camden Media Inc All Rights Reserved. See our User Agreement, Privacy Policy and Data Use Policy. The material on this site may not be reproduced, distributed, transmitted, cached or otherwise used, except with prior written permission of Futurism. Articles may contain affiliate links which enable us to share in the revenue of any purchases made.
Fonts by Typekit and Monotype.