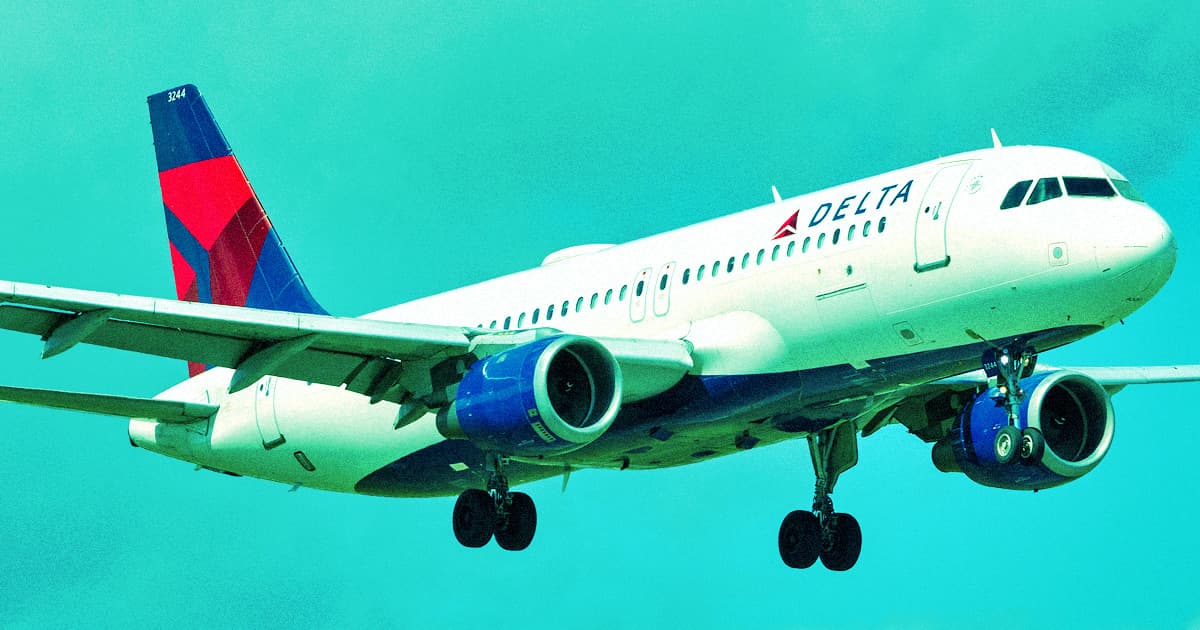 They've given themselves ten years to get it done.

They've given themselves ten years to get it done.

On Friday, Delta pledged a billion-dollar spend over the next decade to become the world's first fully carbon-neutral airline.

The big idea? "Mitigate all emissions" from all parts of the business beginning March 2020. This follows in the wake of JetBlue's January pledge to make every single JetBlue flight carbon-neutral.

Per Delta, air travel accounts for two percent of global carbon emissions (others put that figure closer to 2.5 percent, though it's generally agreed that these emissions will increase to take up "a quarter of the world's carbon budget" by 2050).

The majority of Delta's spend will go to carbon offsets, with the rest going towards technology and process R&D, including "[an] ambitious fleet renewal program, improved flight operations, weight reduction, and increased development and use of sustainable aviation fuels."

So, what's in it for Delta, and will it work? They'd make the case that doing the right thing is both good for business and good for the world (it's the ostensible logic behind their employee profit-share program, which dispensed, per Delta, a record-setting $1.6B to their workforce).

As for the latter, DealBook columnist Andrew Ross Sorkin noted that "the sustainability of buying offsets for a decade is an open question."

He's not wrong: It's completely untested. Critics and cynics would note that full carbon-neutrality currently forecasts as unsustainable for business, and anything less than a true effort is "greenwashing." And therein is the challenge: Will Delta's sky-high ambition be a smooth ten-year flight to somewhere better, or just another over-delayed, uncomfortable ride from one bad place to another?

READ MORE: To fulfill their carbon neutral promises, airlines must be prepared to bear the costs [Quartz]

Related: U.N. Scientists: We Could Pause Global Warming With $300 Billion

Eco Concert
Touring Musicians Are Brutal on the Environment
2. 20. 20
Read More
Europe's Power Suppliers Plan to Go Carbon-Neutral "Well Before" 2050
12. 7. 17
Read More
How Hot Weather – and Climate Change – Affect Airline Flights
8. 13. 17
Read More
+Social+Newsletter
TopicsAbout UsContact Us
Copyright ©, Camden Media Inc All Rights Reserved. See our User Agreement, Privacy Policy and Data Use Policy. The material on this site may not be reproduced, distributed, transmitted, cached or otherwise used, except with prior written permission of Futurism. Articles may contain affiliate links which enable us to share in the revenue of any purchases made.
Fonts by Typekit and Monotype.