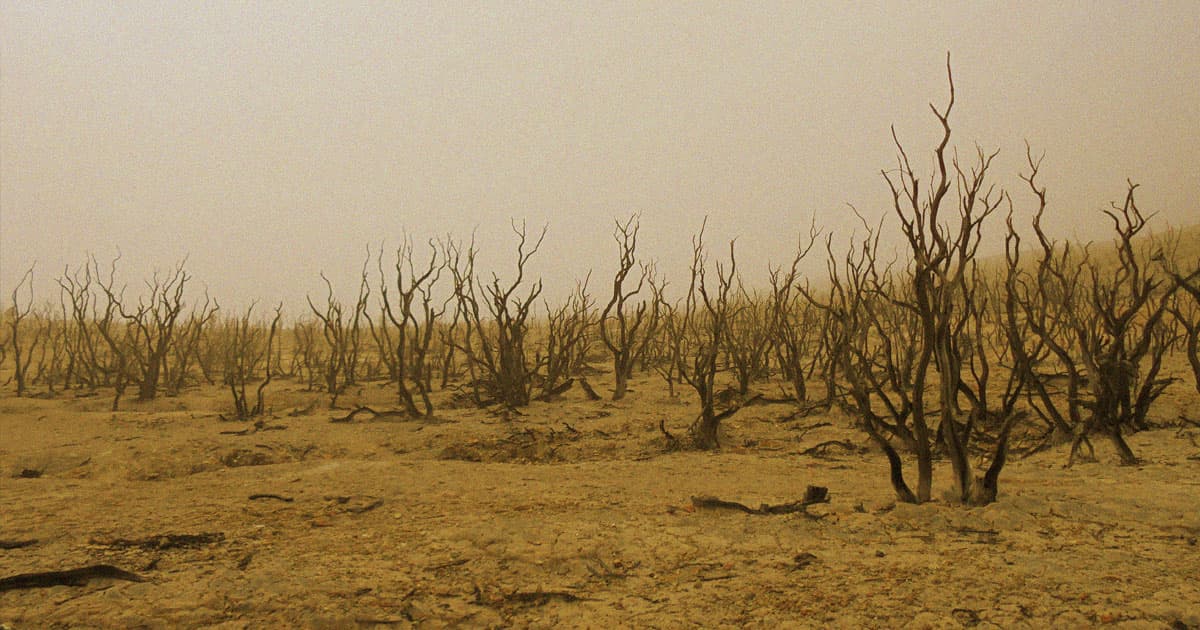 UN Scientists: We Could Pause Global Warming With $300 Billion

The money could halt carbon emission increases for up to two decades.

The money could halt carbon emission increases for up to two decades.

We could stop greenhouse gas emissions from rising for 15 to 20 years — if we're willing to spend $300 billion.

That's how much United Nations climate scientists told Bloomberg it would cost to restore five billion acres of land degraded by mostly human factors, such as overgrazing and deforestation.

The land could be used for pasture, food crops, or trees — whatever makes the most sense for the local community. The key is making the land capable of sustaining plant life again, so that those plants can pull carbon from the air and store it in the soil.

"We have lost the biological function of soils. We have got to reverse that," Barron J. Orr, lead scientist for the U.N. Convention to Combat Desertification, told Bloomberg. "If we do it, we are turning the land into the big part of the solution for climate change."

The hope is that the restoration would buy us enough time to transition away from the systems currently causing global warming.

"With political will and investment of about $300 billion, it is doable," Rene Castro Salazar, assistant director general at the U.N. Food and Agriculture Organization, told Bloomberg. "[We would be] using the least-cost options we have, while waiting for the technologies in energy and transportation to mature and be fully available in the market."

READ MORE: How to Halt Global Warming for $300 Billion [Bloomberg]

More on deforestation: Bad News: The Amazon Might Be Past the Point of Saving

Hidden City
NYC's Greenery Eats Up All the CO2 From Its Cars, Trucks and Buses "And Then Some"
Jan 6
Read More
Climate Change
The EU Just Announced a Plan To Go Carbon Neutral
11. 28. 18
Read More
Cheap Carbon Capture Technology Might Make Our Climate Goals Possible
6. 8. 18
Read More
+Social+Newsletter
TopicsAbout UsContact Us
Copyright ©, Camden Media Inc All Rights Reserved. See our User Agreement, Privacy Policy and Data Use Policy. The material on this site may not be reproduced, distributed, transmitted, cached or otherwise used, except with prior written permission of Futurism. Articles may contain affiliate links which enable us to share in the revenue of any purchases made.
Fonts by Typekit and Monotype.