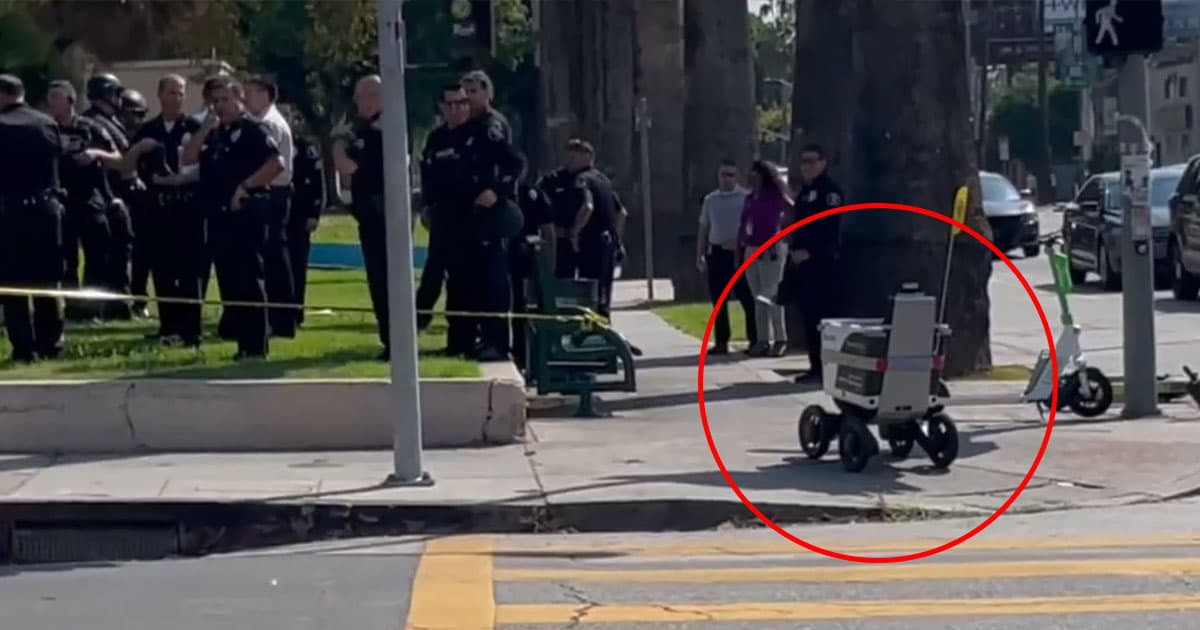 A Los Angeles food delivery robot threw caution to the wind and forced itself across a police line.

A video shared on Twitter shows the four-wheeled delivery bot passing between several photographers before ploughing through yellow police tape into a scene crowded with cops.

LAPD officers mostly ignored the trespasser, allowing it to pass through unimpeded. In sidelong glances, though, they did look a bit bemused.

While it's hilarious watching the little, autonomous robot roll right on through, the unusual interaction goes to show how autonomous delivery companies still have a lot of work to do in having their fleet act like upright citizens and respect boundaries.

According to NBC, the LAPD blocked off an area around a high school in Hollywood, responding to reports of a possible shooting that later turned out to be a hoax.

The robot belonged to Serve Robotics, an Uber delivery partner which debuted in LA this past May.

It must've been a hilarious interaction to witness first hand.

"I just saw it coming and I couldn’t believe what I was seeing," William Gude, the owner of watchdog Twitter account Film the Police LA, who watched the events unfurl, told Gizmodo. "I thought to myself 'What did I just capture?'"

More on delivery robots: Sad Delivery Robot Gets Lost In The Woods