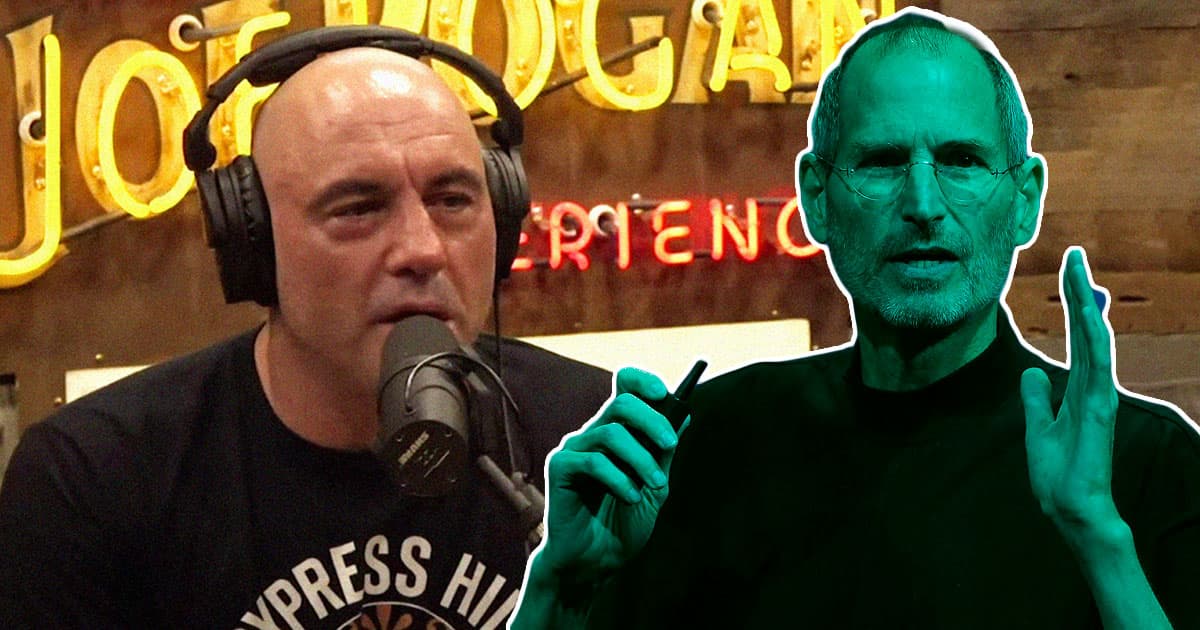 Nobody asked for this.

Nobody asked for this.

Here's something that literally nobody asked for: an entirely AI-generated conversation between deceased Apple founder Steve Jobs and podcast menace Joe Rogan, who's still very much alive.

To be clear, these two definitely never conversed. The made-up conversation was created by a venture called podcast.ai, which in turn appears to have been founded by a self-described "hyper-realistic," AI-powered voice generator called Play.ht.

"At Play.ht," reads the company's website, "we believe in a future where all content creation will be generated by AI, but guided by humans, and the most creative work will depend on the human's ability to articulate their desired creation to the machine."

To Play.ht's credit, the almost-20-minute-long con-faux-sation does sound pretty convincing, though the fake Joe Rogan is a bit more believable. Which isn't exactly surprising, given the fact that Rogan makes his millions by uploading an ungodly number of hours-long conversations to the internet almost every single day.

AI Jobs, on the other hand, wasn't as seamless. His glitchy-sounding voice demonstrates the fact that podcast.ai had to work from a far more limited data set — which, according to the limited information listed on the company's website, included his "biography and all recordings of him we could find online."

On that note, a podcast like this is arguably doing something similar to what any based-on-a-true-story film might do: take a real person or a real situation, and develop some sort of text or narrative inspired by the broader context.

And in a lot of ways, it really sounded just as coherent as a standard Joe Rogan interview; the two talked technology and religion, psychedelic drugs, and work ethic.

But again, this conversation wasn't real. And in an era wrought with disinformation and the ever-present race to keep up with fast-changing technologies, content like this isn't just spooky, but foreboding as well.

And we're about to see a whole lot more of it.

"We are building that future," continues the play.ai mission, "starting... [with] the emotional and expressive human-like synthetic speech generation and ability to clone any voice with perfect resemblance."

More on AI-reborn celebs: AI Dreams up What Your Fave Dead Celebs Would Look like Today