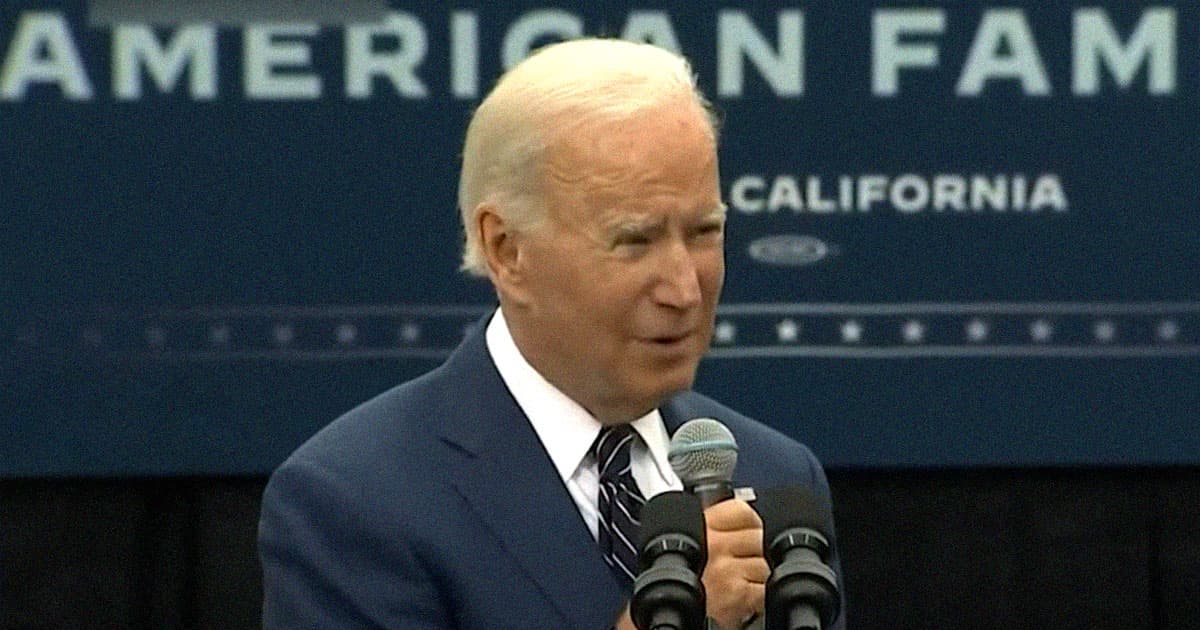 This is equal parts terrifying and hilarious.

This is equal parts terrifying and hilarious.

Someone deepfaked a video of President Joe Biden singing "Baby Shark" and calling it our "national anthem" — and as scary as that precedent is, the video itself is pretty amazing.

"Ladies and gentlemen, and now, our great national anthem," the president is heard saying in the video before busting out into a rendition of the worst children's song earworm since "Do You Want to Build a Snowman?"

Shortly after the edited video began circulating — with right-wingers claiming alongside it, of course, that it was evidence that Biden was suffering from dementia — the Associated Press debunked the disinformation associated with the video and confirmed that it was, indeed, a deepfake.

The concept that bad actors could morph footage to make anyone say anything they want is, in a word, terrifying. When applied to a figure as powerful as an American president, those issues go from concerning to alarming, with fears that phony videos could have long-lasting repercussions or be used to control public people a la "Black Mirror."

In spite of the high creepiness factor, however, it's worth taking a moment to recognize how impressive this technology is.

While it's fairly clear that the president's voice and mouth have been edited in this specific example, an untrained eye or a cursory glance — such as on TikTok, where the video also circulated heavily — might not catch that it's a fake. That, in an of itself, is a huge feat of technology that has only just begun being perfected.

We've entered a brave new world of AI — and it's able to make creepy, hilarious, and alarming videos of the president singing children's songs and calling them the national anthem.