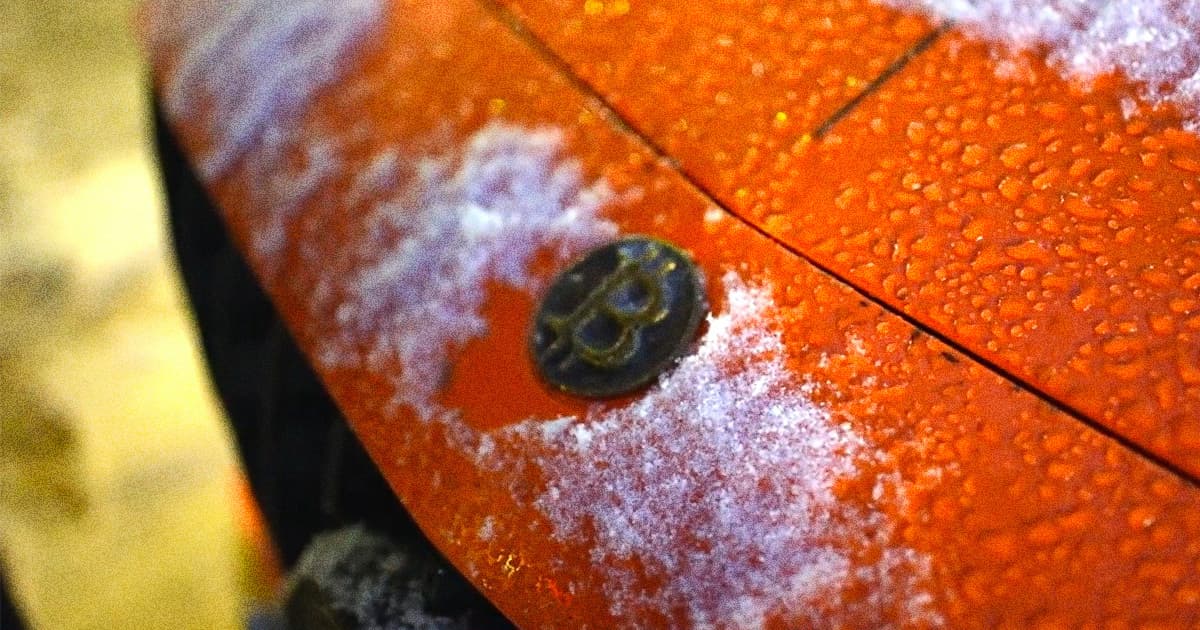 "If someone made bad decisions and lost money, it's their fault and not my car's."

"If someone made bad decisions and lost money, it's their fault and not my car's."

Earlier this week, attendees at the World Economic Forum spotted a mysterious Bitcoin-branded Mercedes sports car parked near the event in Davos, Switzerland, which immediately drew criticism for its flashy display of opulence in the wake of last year's devastating crypto crash.

Now, the owner of the vehicle has come forward — and he has a lot to say to his haters, CNBC reports.

As it turns out, the coupe's proud owner is Michael Chobanian, the founder of the Ukraine-based crypto exchange Kuna.

"How is the crash related to my property?" he told the outlet. "I am [in the] crypto and finance industry for ten years. I am not selling anything, nor promoting."

"If someone made bad decisions and lost money," Chobanian added, "it's their fault and not my car's."

In other words, neither the Davos Bitcoin-mobile nor its testy owner are responsible for the 2022 crypto crashes. You heard it here first, folks.

6/ "What you also see in @Davos Switzerland is something like this vehicle, this beautiful #Mercedes Sports car and I wanna point out something that's extremely special about it...There is a #Bitcoin logo in the hood ornament right there on this car" $HBARhttps://t.co/2K9WC3d4P9 pic.twitter.com/XZ4biPlxZ7

The Bitcoin-orange Mercedes, emblazoned with the currency's logo in the place of its German manufacturer's, has drawn both accolades from crypto industry types and jeers from critics.

Critics were quick to point out that the car was one of the only remaining callbacks to the golden days of crypto at the gathering following a devastating year for the industry — and that it was ironically stationed near the so-called "Blockchain Hub," which had become to be known as Davos' "Crypto Row" over the years.

While Chobanian's choice of parking location was interpreted as a symbol for the seeming death of the crypto industry, he said he parked there for a much more mundane reason, suggesting it was all one big coincidence.

"The car is there because this is the closest parking spot that I found," he told CNBC.