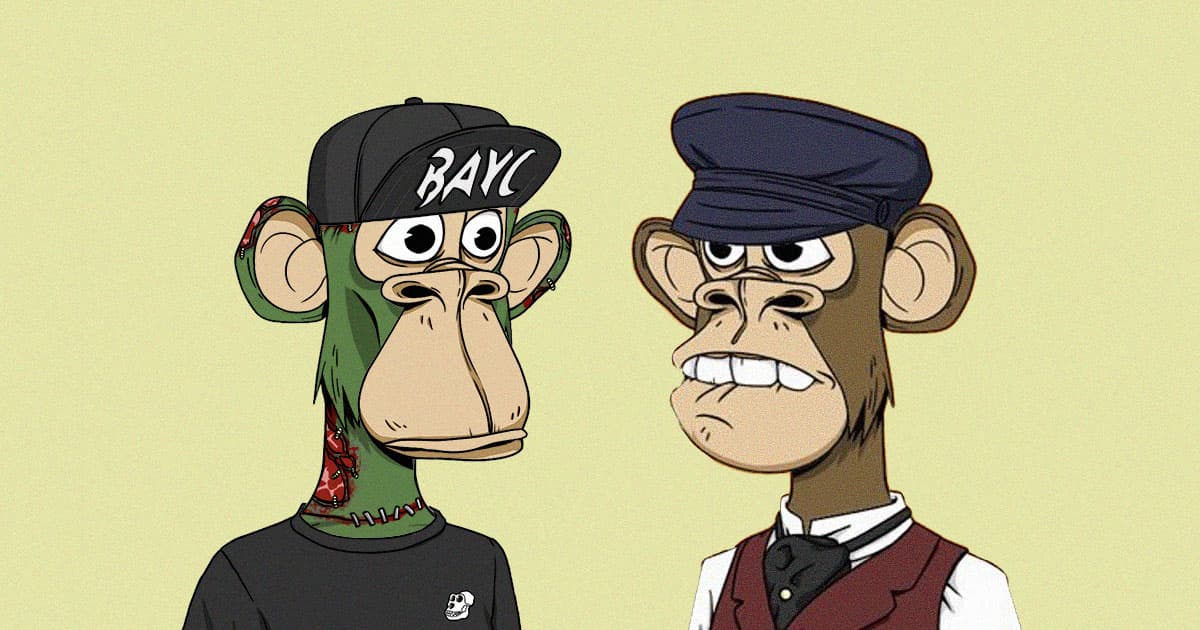 Of Course There's a Dating App for NFT Collectors

"You must hold a Bored Ape Yacht Club NFT to join."

"You must hold a Bored Ape Yacht Club NFT to join."

The NFT crowd finally have a place to find a significant other — who's also presumably smitten of tokens, of course.

The new app, called "Lonely Ape Dating Club," is designed to connect those who are already collecting NFTs from the famous Bored Ape Yacht Club (BAYC) collection with other likeminded folks — and we can't shake the feeling that the app isn't likely to turn into the biggest dating pool out there.

For one, "you must hold a Bored Ape Yacht Club NFT to join," the app's website warns.

Of course, the app will allow users to link their cryptocurrency wallets and associated NFTs — because who needs revealing outfits or gym selfies to capture the attention of a potential partner when you've got JPGs of hideous cartoon apes instead?

According to a brief press release, the app will also include a match-to-earn feature that rewards users — or players? — by swiping and engaging with other users.

A "Coin Digger" feature will also allow "non-BAYC owners to connect with higher net worth individuals for mutual benefit." What could possibly go wrong?

You can also "get the attention of potential matches by sending them tips in crypto," according to the statement.

In short, it's exactly the kind of hype-turned-profit kind of enterprise we'd expect from an NFT-themed dating app. Will this actually turn out to be a meaningful place to find love — or at least a hook up IRL?