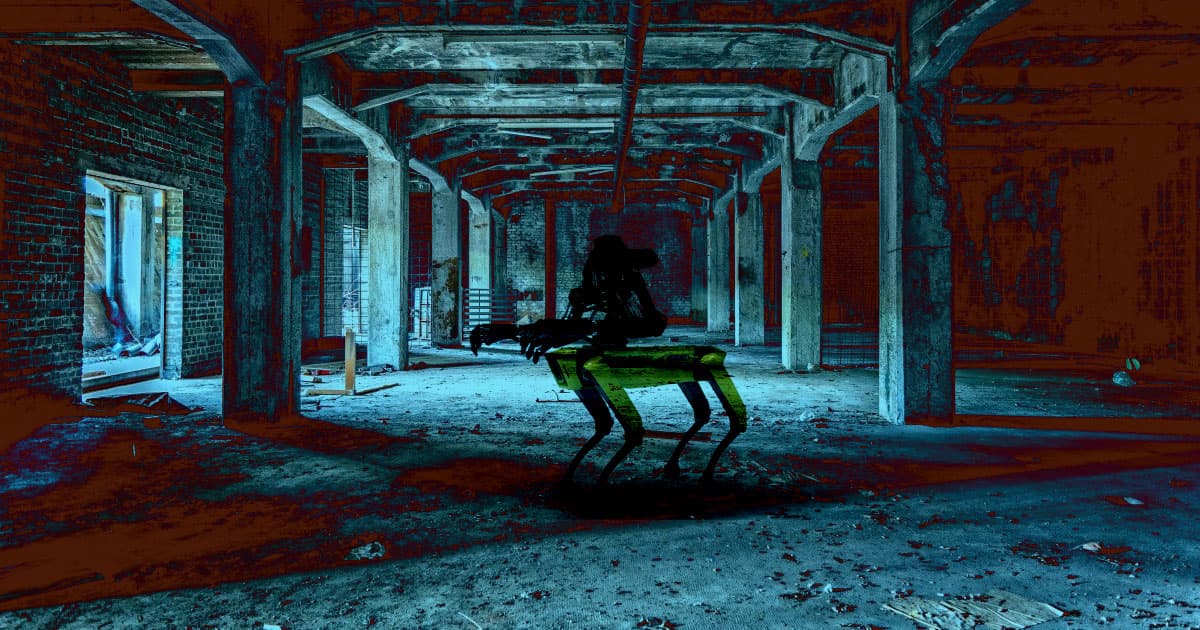 Nobody knows why. But here's our theory.

Nobody knows why. But here's our theory.

Sounds like the Defense Advanced Research Projects Agency (DARPA) was just kicked out of mom's basement.

And nobody knows why.

The facilities need to be "currently closed off from pedestrians" and ideally spans "several city blocks with complex layout."

Sound creepy? Well, the accompanying images attached to the tweet confirmed our worst nightmares: DARPA is starting a cult or filming the sequel of "Blade: Trinity" — though we're not entirely sure which.

Making matters even more bizarre, DARPA needs its creepy underground lair by Friday, August 30 — that's just two days from the time of writing, so better call your landlord. Or the Crypt Keeper.

Jokes aside, our guess is that DARPA's search is related to its upcoming Subterranean Challenge, a contest that challenges teams from around the country to create robots that can map, navigate, and search complex underground environments, such as man-made tunnels, natural cave systems, and subterranean urban infrastructure.

An early stage of the competition was held August 15 to 22 inside mining tunnels under Pittsburgh — but it sounds like DARPA might not have the next location quite locked down.

More on DARPA: These Robots Could One Day Explore Caves on Distant Planets

A Web of Sensors May Uncover Secrets of the Deep Oceans
1. 29. 18
Read More
Welcome to the Age of Micro Satellite Swarms
1. 15. 18
Read More
Someday, These Biodegradable Cardboard Drones Could Save Your Life
1. 24. 17
Read More
+Social+Newsletter
TopicsAbout UsContact Us
Copyright ©, Camden Media Inc All Rights Reserved. See our User Agreement, Privacy Policy and Data Use Policy. The material on this site may not be reproduced, distributed, transmitted, cached or otherwise used, except with prior written permission of Futurism. Fonts by Typekit and Monotype.