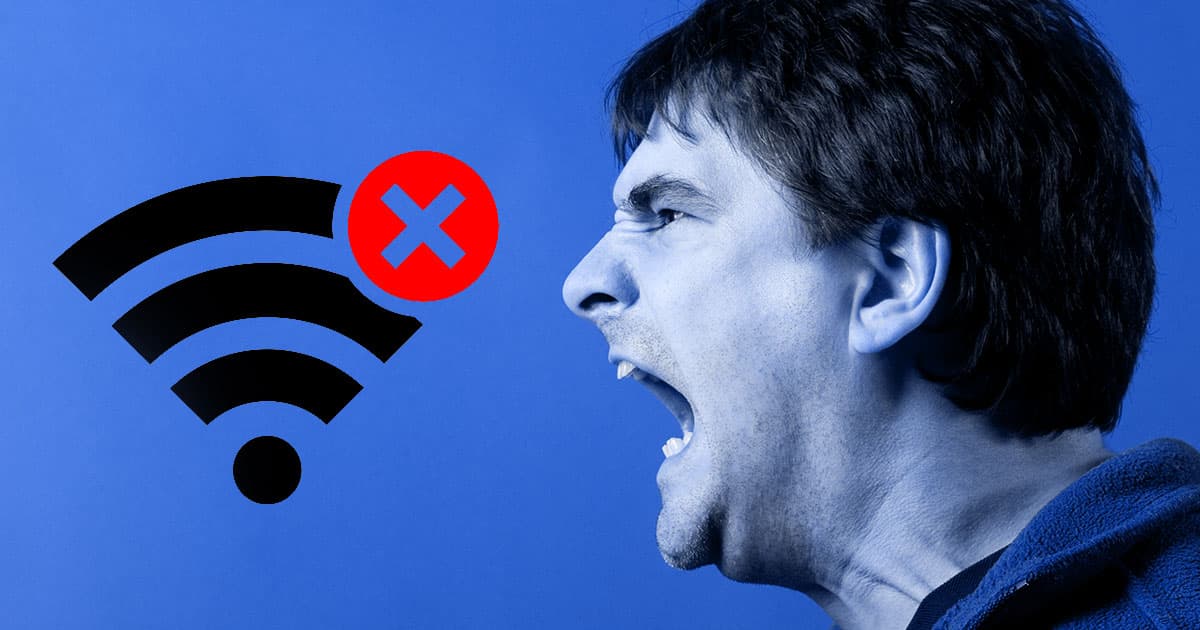 He now faces up to six months of jail time.

He now faces up to six months of jail time.

A dad in the French town of Messanges took some extreme measures to prevent his children from going online, by shutting down the entire internet and cell service of two local municipalities with a signal jammer, local news outlet France Blue reports.

It may sound like a hilarious faux pas, but the father now faces up to six months of jail time and a fine of $34,000 for the significant outage. Jamming telecom frequencies is illegal in France.

A mobile carrier alerted the French Agence nationale des fréquences (ANFR), the national broadcast regulator, to the odd disturbance, leading to an investigation.

All the unsuspecting father wanted to do was to get his kids off of social media between midnight and 3am, presumably so they could finally log off and get some sleep.

But his multi-frequency jammer may have been a little to powerful. ANFR technicians showed up at the man's house in a mobile lab vehicle, according to France Bleu, trying to figure out what the hell was causing the disruption.

He would've gotten in trouble if he were in the US as well. The Federal Communications Commission (FCC) notes that "federal law prohibits the operation, marketing, or sale of any type of jamming equipment that interferes with authorized radio communications including cellular and Personal Communication Services (PCS), police radar, and Global Positioning Systems (GPS)."

After all, jamming devices "can prevent you and others from making 9-1-1 and other emergency calls and pose serious risks to public safety communications, as well as interfere with other forms of day-to-day communications," according to the FCC.

Of course, sometimes it's the government shutting down the internet, often to silence widespread protests.

READ MORE: A Father Accidentally Shut Down His Town's Whole Internet in an Effort to Limit His Kids' Screentime [The Verge]

This Is Your Mother Calling
The United States Says It's Finally Cracking Down on Robocalls
4. 14. 21
Read More
5G or 6G?
Trump's Campaign Team: Government Should Manage 5G Networks
3. 3. 19
Read More
Four Major Phone Carriers Just Did Something to Actually Protect Your Privacy
6. 20. 18
Read More
+Social+Newsletter
TopicsAbout UsContact Us
Copyright ©, Camden Media Inc All Rights Reserved. See our User Agreement, Privacy Policy and Data Use Policy. The material on this site may not be reproduced, distributed, transmitted, cached or otherwise used, except with prior written permission of Futurism. Fonts by Typekit and Monotype.