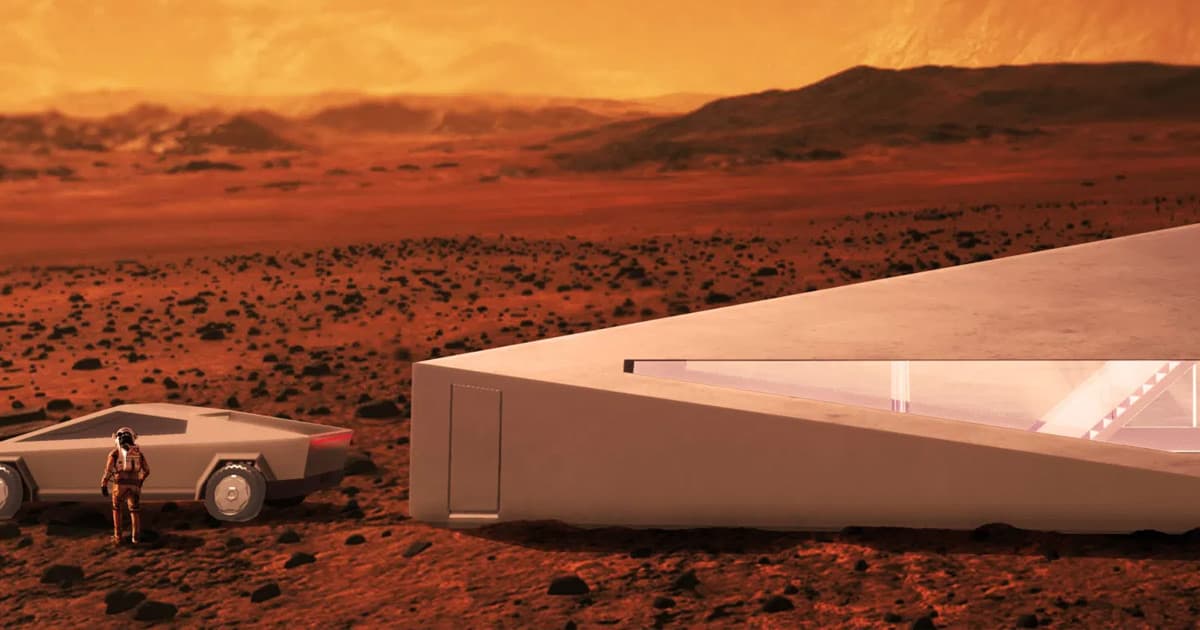 Check Out the "Cybunker," a Post-Apocalyptic Cybertruck Garage

Oh, and you can live in it.

Oh, and you can live in it.

New York-based research and design company Lars Buro's "Cybunker" is a "hi-tech depot" or "off-grid residence" for you and your Tesla Cybertruck, according to the company's website. It's designed to withstand the toughest environments — whether you want to live in the middle of LA or the surface of Mars.

While only renders of the futuristic shelter exist so far, Lars Buro reassured CNET that it plans to build the thing eventually.

The structure — a compelling visual analogue for Tesla's recently announced Cybertruck — covers 600 square feet for vehicles and other equipment.

That's enough space to fit "trucks that don’t fit in standard garages," according to the company's site — likely a reference to Tesla enthusiasts' worry that the gigantic electric pickup won't fit in their garages.

An additional 1,800 square feet can be used for commercial use, or a James Bond villain-style abode.

Lars Buro claims it can withstand extreme weather thanks to its aerodynamic shape and reinforced armored windows, which hopefully won't shatter as easily as the Cybertruck's. You can even install an air lock on it in case you want to construct one, let's say, on the Moon.

Solar panels on the roof feed into a battery system, making the structure self-sustaining.

It's still unclear when it will be made available and how much it will cost.

READ MORE: Tesla Cybertruck gets its own dwelling with the Cybunker -- yes, it's real [CNET]