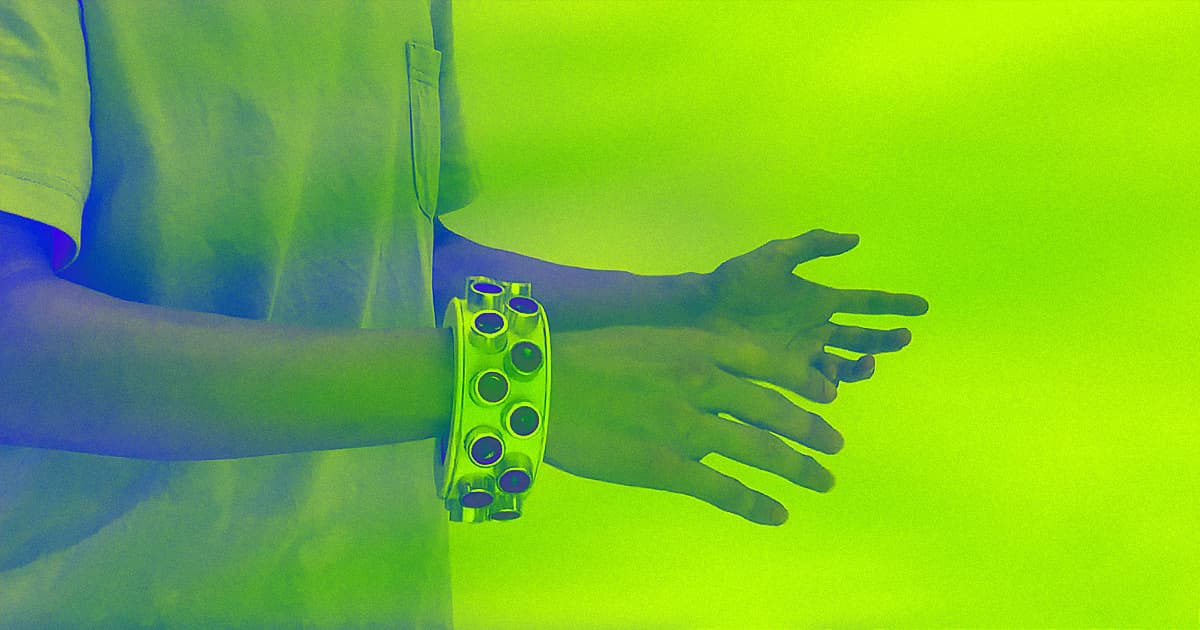 This Cyberpunk Bracelet Jams Any Spying Microphones Nearby

"When you have something private to say, you can activate it in real time."

"When you have something private to say, you can activate it in real time."

A team of computer science professors at the University of Chicago have invented a special bracelet that jams any nearby microphones, including the ones in smart speakers and assistants, The New York Times reports.

The admittedly chunky "bracelet of silence" features 24 speakers capable of emitting imperceptible ultrasonic signals. Any nearby microphones detect these high frequencies as static-like noise that drowns out any speech the wearer would like to keep private.

"It’s so easy to record these days," Pedro Lopes, assistant professor at the University of Chicago, who worked on the project, told the Times. "This is a useful defense. When you have something private to say, you can activate it in real time. When they play back the recording, the sound is going to be gone."

Smart speakers and their microphones have become ubiquitous over the last couple of years. According to National Public Media, 24 percent of US adults now have a smart speaker in their homes, choosing to hand their privacy to the likes of Amazon and Google.

For now, the cyberpunk bracelet remains to be a prototype. But according to the researchers, they could be manufactured for only $20.

"The future is to have all these devices around you, but you will have to assume they are potentially compromised," Ben Zhao, computer science professor at the University of Chicago who worked on the project, told NYT. "Your circle of trust will have to be much smaller, sometimes down to your actual body."

More on smart speakers: New App Tells You When Your Smart Speaker Is Spying On You