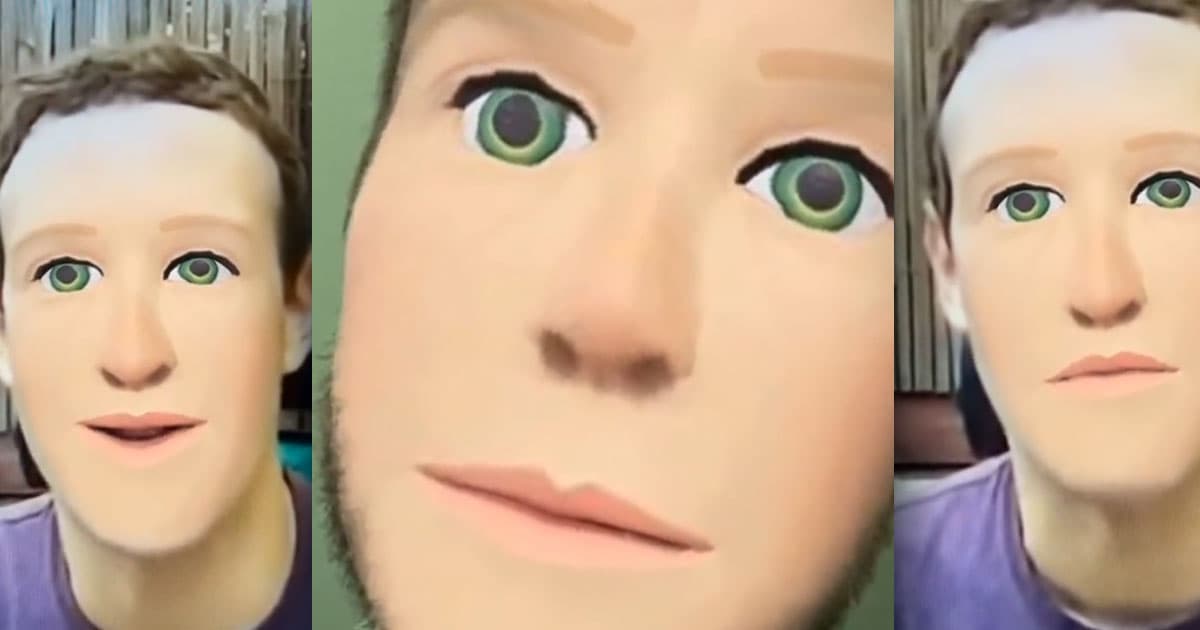 "...I was kinda horrified and immediately thought of Leatherface..."

"...I was kinda horrified and immediately thought of Leatherface..."

Facebook CEO Mark Zuckerberg's Horizon Worlds avatar, as shown off by the social media founder himself in a recent screenshot, is nothing sort of horrifying. But if you took a look at that dead-eyed, Wii Mii-esque avatar and thought, "huh, I wonder what that face would look like on my face," then boy do we have a treat for you: a haunting AR mask filter of his vacant visage now exists, and anyone with Snapchat can try it on for size.

Why? Because the internet. Because chaos. Because, well, why not?

"I saw some YouTube video about 'things you missed in movies' the other day and there were Michael Myers and 'Silence of the Lambs' references so I guess 'Halloween' masks were top of mind," Matt Reed, a Nashville-based creative technologist and HoriZuck mask creator, told Futurism. "Of course MetaMark's awesome Horizon avatar was trending and I just put the two together and decided to see what a Zuck mask would look like."

Reed himself admits that the mask, in all its dead-eyed glory, is pretty unsettling.

When "it actually worked I was kinda horrified," Reed continued, "and immediately thought of Leatherface from the Texas Chainsaw Massacre. But it made me laugh too, so I was conflicted as to whether the rest of the world should feel the same way."

Somehow, the best application of the filter seems to be over real videos of Zucky himself. In a Twitter thread, Reed posted several famous Zuckerberg clips — the meat-smoking incident, the metaverse reveal — with the AR mask layered over the founder's real face. And honestly? It really captures the chief metamate's believably-katana-wielding energy.

"It made people smile and that warmed my heart," the creative technologist added. "My favorite thing."

More on HoriZuck: People Bullied Mark Zuckerberg So Much That He's Improving the Metaverse Graphics