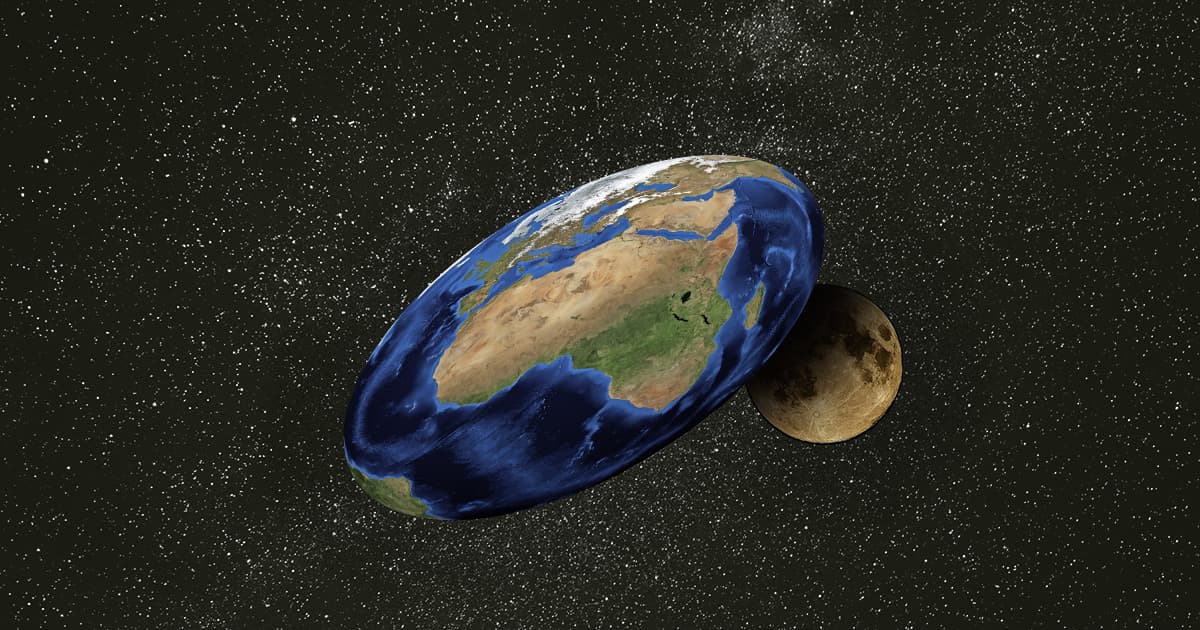 There's a Crowdfunding Campaign to Send a Flat-Earther to Space

"They call astronauts actors who are paid to lie and that boils my blood."

"They call astronauts actors who are paid to lie and that boils my blood."

In the year 2021, there are still some folks who deny that the Earth is a three-dimensional orb — and that efforts to convince them that it's not flat are part of a vast conspiracy.

So to help prove that the Earth is a sphere once and for all, Marc Gauld, a man from Bucksburn, Scotland, is raising money to send one of these flat-earthers into space. His ongoing GoFundMe campaign says that all of the money will be used to book a "high-ranking flat earther" a seat on a rocket launch, hopefully providing an eye-opening, awe-inspiring journey that it puts the pseudoscientific conspiracy theory to rest.

Gauld told The Daily Record that he's contacted both SpaceX CEO Elon Musk and Virgin Galactic CEO Richard Branson in hopes of garnering their support for the project. But so far, he hasn't heard back. For him, however, the mission is a matter of personal frustration.

"They call astronauts actors who are paid to lie and that boils my blood because these are guys who barely hold down jobs and do nothing so to talk about astronauts like that I don’t know where they get off," Gauld told The Daily Record.

Ironically, this isn't the first flat-earther space project — last year, flat-earther "Mad Mike" Hughes died after his homemade rocket crashed during a mission that he said would prove the world was actually a flat disc. And there lies the challenge: Of course the world is round, yet flat-earther thinking persists despite a mountain of evidence that would give even Atlas back problems.

Unfortunately, despite Gauld's note in GoFundMe that "[he is] 100% serious about this," the fundraiser has only raised about $228 of its $345,465 goal from 18 donors — despite being shared hundreds of times.

READ MORE: Annoyed Scot raising £250,000 to send flat earther into space to prove world is round [The Daily Record]

More on flat-earthers: The Decade in Dumbasses: The Idiots, Morons, and Rubes Who Made the 2010s Insufferable