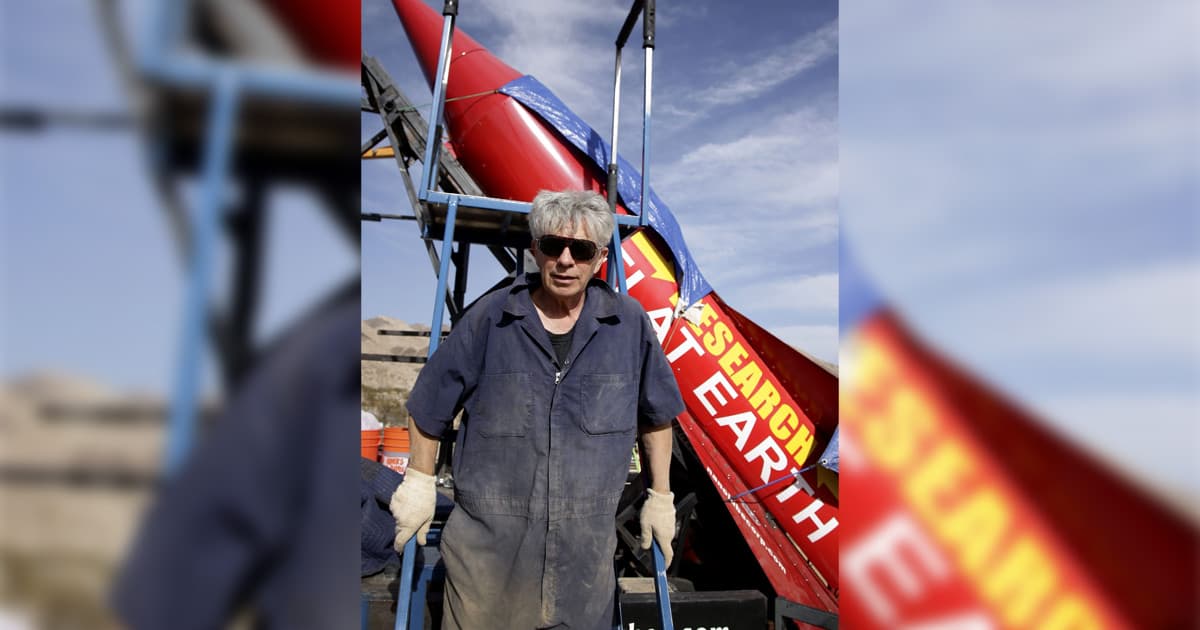 "I don't believe in science," he told the Associated Press in 2017.

"I don't believe in science," he told the Associated Press in 2017.

For years, a daredevil named Mike "Mad Mike" Hughes has been trumpeting his plan to launch himself in a homemade rocket in order to prove that Earth is flat.

This weekend, Hughes finally launched himself in his homemade rocket — and crashed a minute later, dying in the wreck.

Had he survived Saturday's launch, the 64-year-old Hughes' eventual plan had been to float his home-brewed rocket miles-high from the ground, using a balloon, then launching it to a height of 62 miles in order to film evidence that the Earth is actually flat — a common conspiracy theory online.

"I don't believe in science," he told the Associated Press in 2017, as he was planning an earlier launch.

It was a grim end for the amateur rocketeer, but in retrospect, one with an eerie foreshadowing by Hughes himself.

"Sometimes, I feel like the cartoon character Wile E. Coyote, when he suddenly runs off a cliff," Hughes told the LA Times back in 2003. "But it’s the price I pay for a life that’s not boring."

More on rockets: SpaceX Is Going to Blow up a Falcon 9 Rocket Just After Launch

Duck and Roll
Russia Forced to Dodge Space Debris From When It Blew Up Satellite
Jun 17
Read More
Free Speech Champion Elon Musk Fires Employees for Criticizing Him
Jun 17
Read More
So Long
Tragedy! NASA Says the Voyager Space Probes are Powering Down
Jun 16
Read More
+Social+Newsletter
TopicsAbout UsContact Us
Copyright ©, Camden Media Inc All Rights Reserved. See our User Agreement, Privacy Policy and Data Use Policy. The material on this site may not be reproduced, distributed, transmitted, cached or otherwise used, except with prior written permission of Futurism. Fonts by Typekit and Monotype.