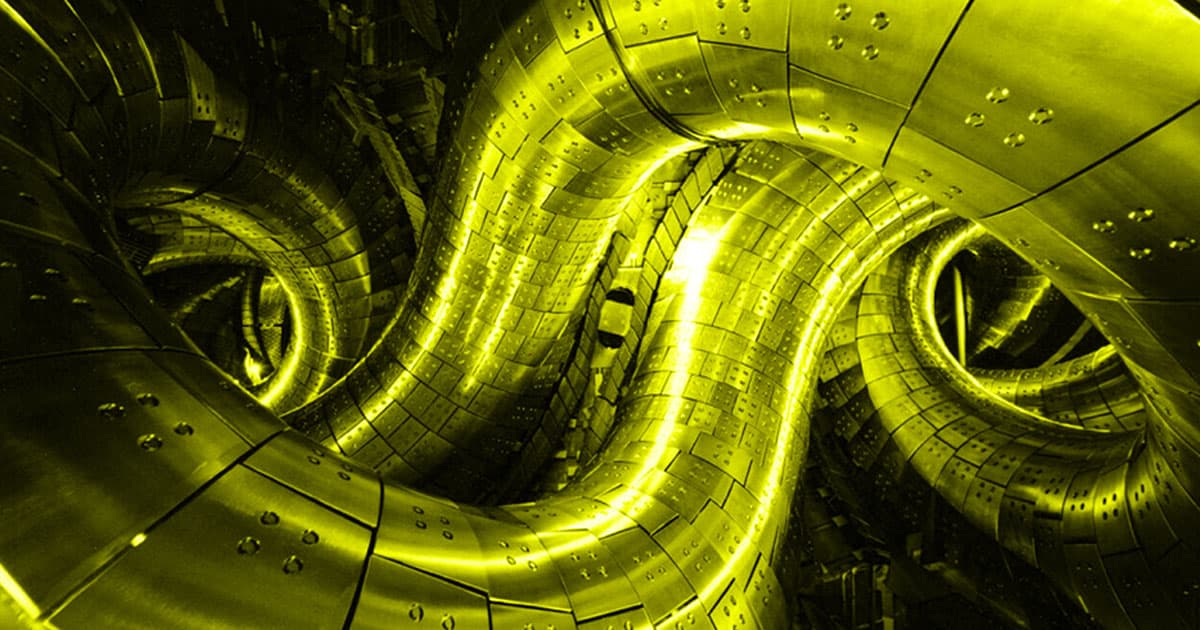 As scientists try to ramp up nuclear fusion reactors, they'll need better ways to monitor and diagnose the volatile reactions.

Current diagnostic systems aren't strong enough to survive industrial-scale reactions like what might occur at ITER, the experimental facility currently being built in France, according to a Princeton Plasma Physics Laboratory press release. So a team of PPPL scientists developed a new conceptual technique to monitor and track reactions happening at larger scales than ever before so that unstable plasma can be spotted and dealt with before it becomes a problem.

The new technique relies on data from what's called an electron cyclotron emission (ECE), according to research published in the journal Plasma Physics and Controlled Fusion last month, which would give fusion physicists crucial information on a reaction's temperature, stability, and the behavior of the spiraling magnetic field that contains the reactor's plasma fuel.

In upcoming tests, the scientists will determine whether the ECE technique actually provides them with the information that they need. If it works out, the new trick could replace existing systems that are too easily damaged by more powerful reactions.

It’s Getting Hot In Here
China's "Artificial Sun" Fusion Reactor Just Set a World Record
5. 29. 21
Read More
Piercing The Hype
If Graphene Batteries Do Everything Scientists Say, They Could Be a Gamechanger
11. 16. 20
Read More
Great Balls of Fire
"Radioactive Gobstoppers" Could Stop the Next Nuclear Reactor Meltdown
6. 30. 20
Read More
+Social+Newsletter
TopicsAbout UsContact Us
Copyright ©, Camden Media Inc All Rights Reserved. See our User Agreement, Privacy Policy and Data Use Policy. The material on this site may not be reproduced, distributed, transmitted, cached or otherwise used, except with prior written permission of Futurism. Fonts by Typekit and Monotype.