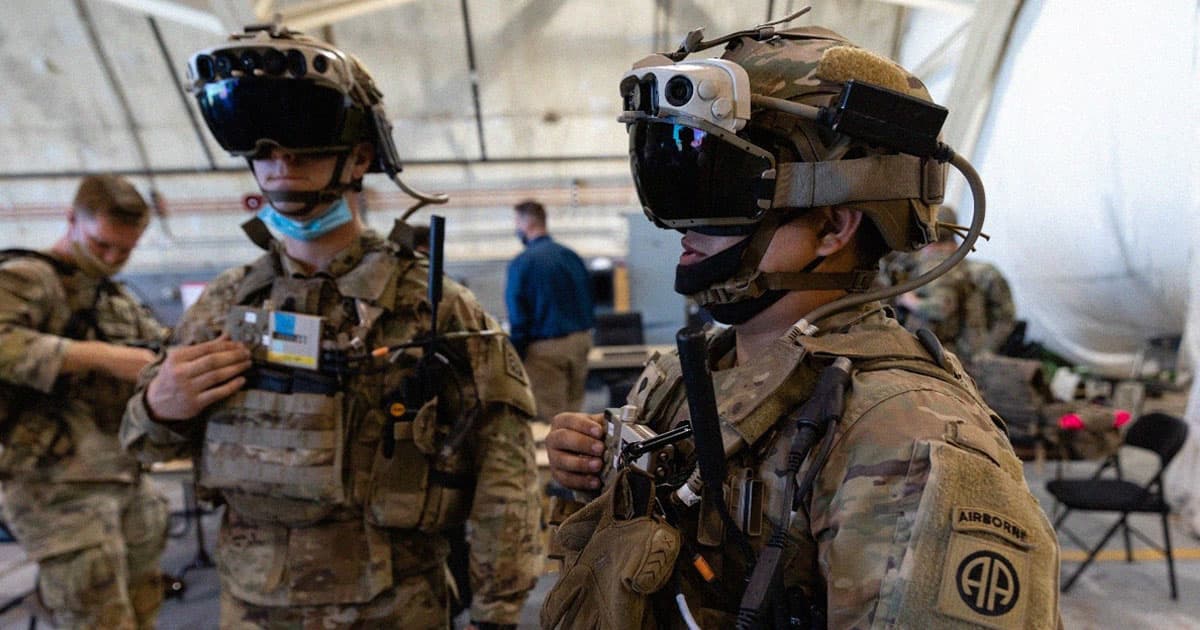 Last week, the US Army announced it was ordering a redesign of its flawed and extremely expensive Microsoft mixed reality headsets.

But, according to Bloomberg, the military may struggle to finance such a venture, with Congress reportedly rejecting the Army's request for $400 million — which would come out of the government's $1.75 billion funding bill — to buy up to 6,900 pairs of the goggles.

Lawmakers are now forcing the Army and Microsoft to go back to the drawing board to come up with an entirely new version for a mere $40 million.

It's a blow to the Army's already troubled attempts to develop and test a version of Microsoft's HoloLens headsets designed for the battlefield.

According to Bloomberg's sources, tests found that the headsets fell well short of expectations, and gave recruits "mission-affecting physical impairments" ranging from headaches to eyestrain and nausea.

Worse yet, the Army had been planning to spend an exorbitant amount on the headsets — $21.9 billion over ten years for up to 121,000 devices — and has already ordered 5,000 goggles for training purposes.

Previous iterations of the headsets have already drawn plenty of criticism, with soldiers claiming that they "would have gotten us killed" according to an internal document obtained by Insider last year.

The culprit: a bright, easily distinguishable light attached to the front of the headset that could've easily given up the soldier's location.

Last summer, tests of a previous version of the headset showed that 80 percent of infantry soldiers were literally made sick after wearing the headset for less than three hours, according to a summary compiled by the Pentagon.

And that's not to mention a litany of other failures of essential functions, according to Bloomberg.

In short, Congress has clearly realized that the Army's attempts to give soldiers a leg up with augmented reality goggles has backfired so far and is forcing officials to try something new instead.

More on the goggles: US Army Buying Microsoft AR After Soldiers Said They “Would Have Gotten Us Killed”