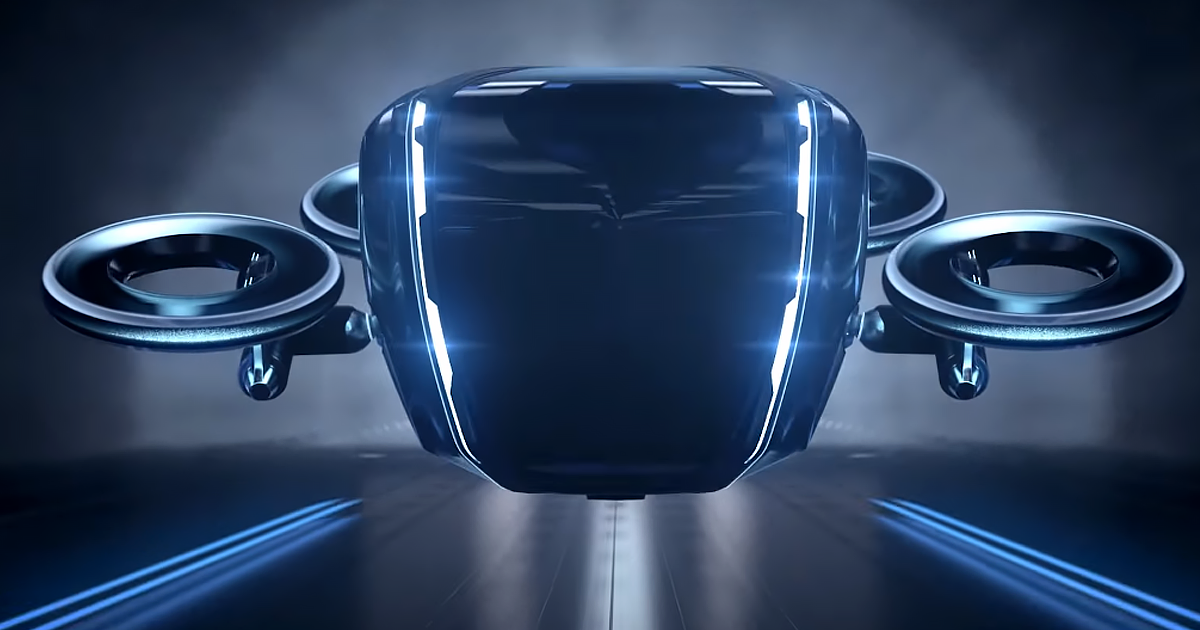 The tires rotate and point downwards, like the ones on the flying cars in "Back to the Future Part II."

The tires rotate and point downwards, like the ones on the flying cars in "Back to the Future Part II."

The relationship between vehicles and roads will change dramatically if cars start to take to the skies, as many predict they will.

So what's a tire manufacturer to do if it seems tires might not be as vital in the future? Goodyear has an idea: create tires that double as propellers.

"With mobility companies looking to the sky for the answer to the challenges of urban transport and congestion," Goodyear CTO Chris Helsel said in a new press release, "our work on advanced tire architectures and materials led us to imagine a wheel that could serve both as a traditional tire on the road and as a propulsion system in the sky."

Goodyear unveiled the concept tire, named the AERO, at the 2019 Geneva International Motor Show on Tuesday.

The idea is that the AERO will serve the same purpose as a traditional tire while a car is in drive mode. To take flight, two of the tires rotate so they're horizontal with the ground while the other two remain vertical — kind of like the flying cars in "Back to the Future Part II."

A magnetic propulsion system forces the spokes of the horizontal tires to begin spinning, and they act as propeller blades to lift the vehicle into the air, at which point all four tires move into propeller mode.

In addition to the tech that allows the AERO to function as a propeller, the concept tire also incorporates a bevy of other technologies, including fiber optic sensors and an artificially intelligent processor.

According to Goodyear, we shouldn't expect to see AEROs rolling off the production line — and into the sky — any time soon. Some of the tech the concept tire contains, however, could make it into production in the near future.

"While the AERO is a purely conceptual design, some of its featured technologies, such as a non-pneumatic structure and intelligent tire capabilities, are being developed by Goodyear today," according to the press release, "while others might become the basis for new ideas and potentially new products in the future."

More on flying cars: Japan Wants to Be the First Place Where Flying Cars Are Standard Because of Course