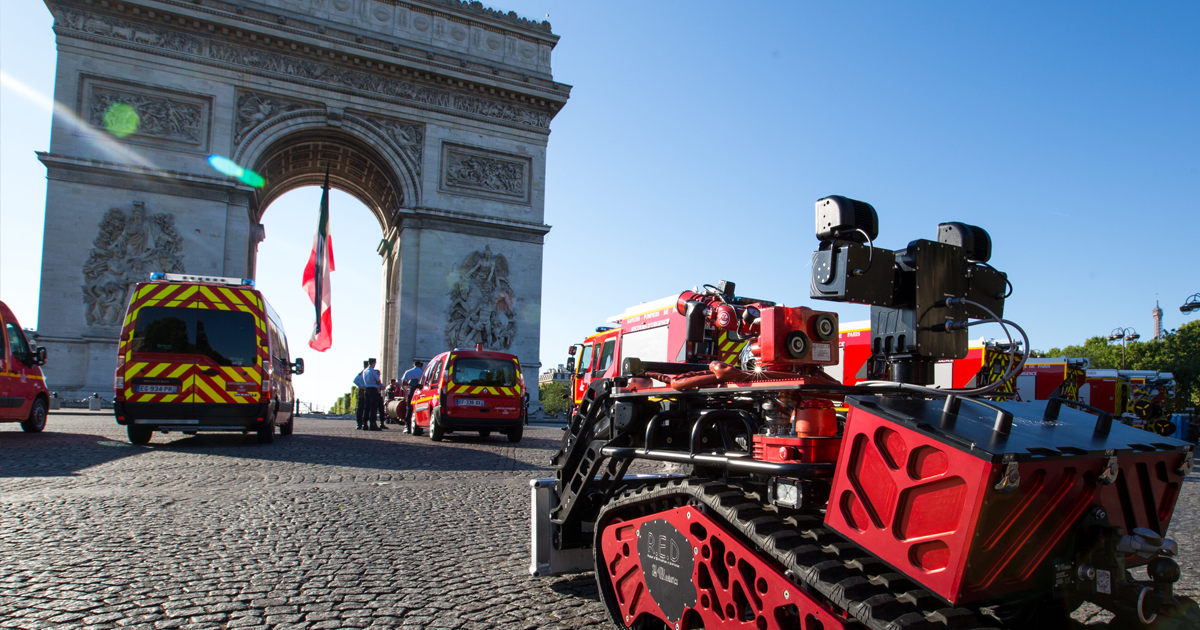 See the "Colossus" Firefighting Robot That Helped Save Notre Dame

When the fire got too dangerous for humans to battle alone, the Paris Fire Brigade called in Colossus.

When the fire got too dangerous for humans to battle alone, the Paris Fire Brigade called in Colossus.

When soaring temperatures and a roof on the brink of collapse made it too dangerous for humans to continue battling the Notre Dame blaze on Monday, the Paris Fire Brigade called in a firefighting robot named Colossus — a stunning demonstration of how high-tech robots are helping emergency responders stay safe on the job.

"It was a terrible situation, but it’s really amazing to see them put that robot to work and protect firefighters," Michael Howe, president of a company that manufactures another type of firefighting robot, told Popular Mechanics, later adding that the tech is "100 percent the future."

Firefighters can equip the robot with a variety of tools, including the water canon that the French firefighters used to blast the Notre Dame fire with more than 660 gallons of water per minute. It's operated via a joystick, which can function up to 1,000 feet away from the robot.

"This is a robot that is designed to remove humans from danger," Kabbara told The Washington Post. "Not to replace (humans) but to act as operational support for firefighters."

More on robot firefighters: These Autonomous Bots Battle Blazes Too Dangerous for Firefighters

Notre Dame Fire
Fortunately, There Are Incredible 3D Scans of Notre Dame
4. 16. 19
Read More
Killernova
Scientists Find "One in Ten Billion" Star System Primed to Explode in Titanic Kilonova
6:10 PM
Read More
YouTube Propaganda
Experts Say There's Something Very Weird About North Korean YouTubers
4:34 PM
Read More
+Social+Newsletter
TopicsAbout UsContact Us
Copyright ©, Camden Media Inc All Rights Reserved. See our User Agreement, Privacy Policy and Data Use Policy. The material on this site may not be reproduced, distributed, transmitted, cached or otherwise used, except with prior written permission of Futurism. Articles may contain affiliate links which enable us to share in the revenue of any purchases made.
Fonts by Typekit and Monotype.