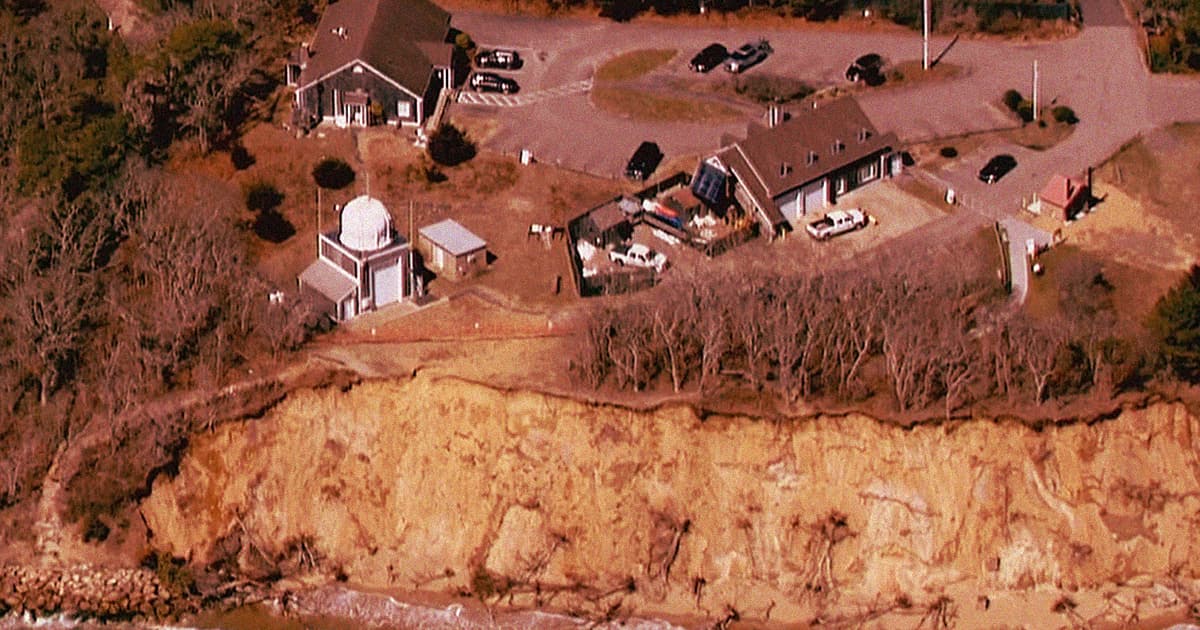 Climate Research Station Abandoned Because It's Falling Into the Sea

"In a way we are unprepared for how much worse things will be with climate change."

"In a way we are unprepared for how much worse things will be with climate change."

Rising sea levels and an eroding coastline could engulf the National Weather Service station in a matter of months, The Guardian reports, so the station is being demolished before it falls into the sea. It's a bit ironic, but the research station's demolition serves as a perfect illustration of the fact that climate change and rising sea levels are already happening today — and require urgent action.

Natural phenomena have always shaped and reshaped the coastline of Cape Cod. But the process has seemingly accelerated thanks to the impacts of global climate change, especially during recent storm seasons. At some points, according to the Guardian, up to six feet of land was getting swallowed up over the course of a single day.

"We'd know for a long time there was erosion but the pace of it caught everyone by surprise," The Meteorologist-in-Charge at the National Weather Services' Boston office, Andy Nash, told The Guardian. "We felt we had maybe another 10 years but then we started losing a foot of a bluff a week and realized we didn't have years, we had just a few months. We were a couple of storms from a very big problem."

A climate research outpost being destroyed by climate change is a bit on-the-nose, but maybe a blunt, direct warning is what it'll take to treat climate change as the serious, tangible threat that it is.

"We are putting our foot on the accelerator to make the environment even more dynamic," Woods Hole Oceanographic Institution associate scientists Andrew Ashton told The Guardian. "What's happened with the station is an indication of what we will see along the whole coast. In a way we are unprepared for how much worse things will be with climate change."

READ MORE: US climate research outpost abandoned over fears it will fall into sea [The Guardian]