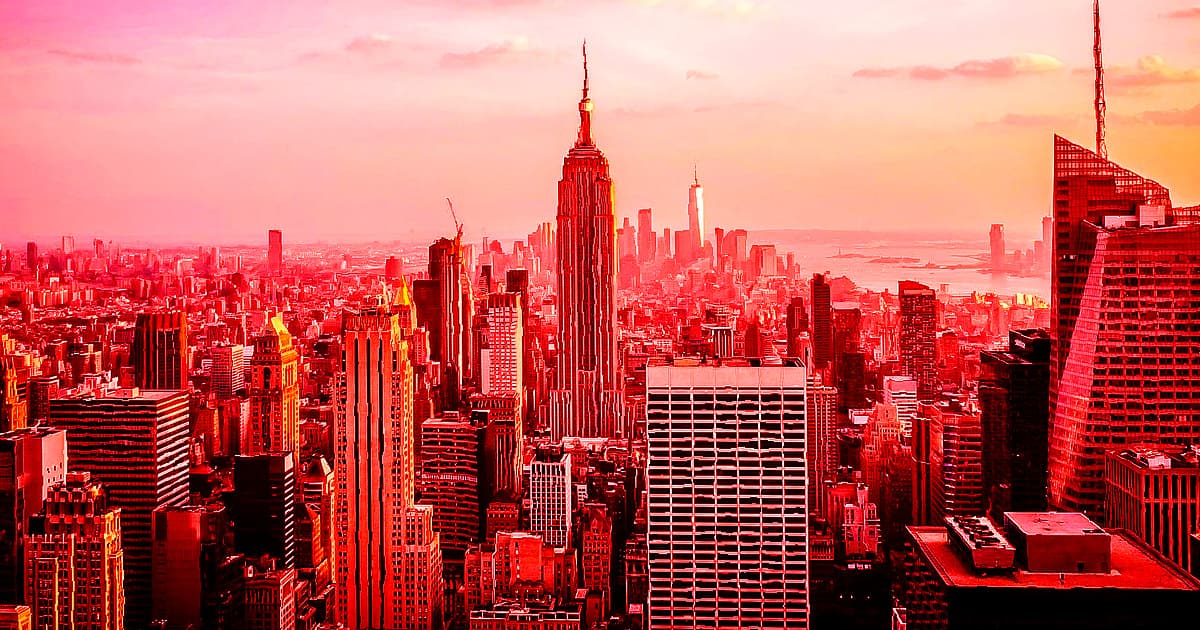 Climate Change Will Roast Cities More Than Anywhere Else

"Come on, man! When are we going to get serious about this problem?"

"Come on, man! When are we going to get serious about this problem?"

Scientists are taking aim at a commonly-overlooked problem in the fight against climate change: what to do about cities.

New research shows that the average temperature within a city will rise well beyond the global average temperatures that climate initiatives tend to focus on, Wired reports. In fact, the new models show that metro areas could end up 4.4 degrees Celsius hotter by the year 2100. That presents a major health risk to those that live there, as well as a fresh challenge for those seeking to limit climate change's impact.

For context, the 2015 Paris Agreement seeks to limit global temperatures to a 1.5-degree-Celsius increase over preindustrial levels. Because cities only account for about three percent of the planet's surface area, they tend to be overlooked in the calculations that inform scientist's predictions of the future. But new models published Monday in the journal Nature Climate Change finally draw attention to cities' "heat-island effect."

"When I read these papers, I just don't know what's wrong with humanity, to be honest with you. Because this is like the same song being sung by different people," University of Hawaii at Manoa climate scientist Camilo Mora, who didn't work on the research, told Wired. "Come on, man! When are we going to get serious about this problem? This is another person ringing the bell. We just for some reason refuse to hear this thing."

To help keep cities cooler and limit the heat-island effect, experts recommend making them a whole lot greener. Rural areas have an advantage because plants provide shade and release cooling water into the air, Wired reports, so green areas in cities could do the same.

"Those would be investments that really would help cities adapt to the climate change we can't prevent," Elizabeth Sawin, codirector of the nonprofit Climate Interactive, told Wired.