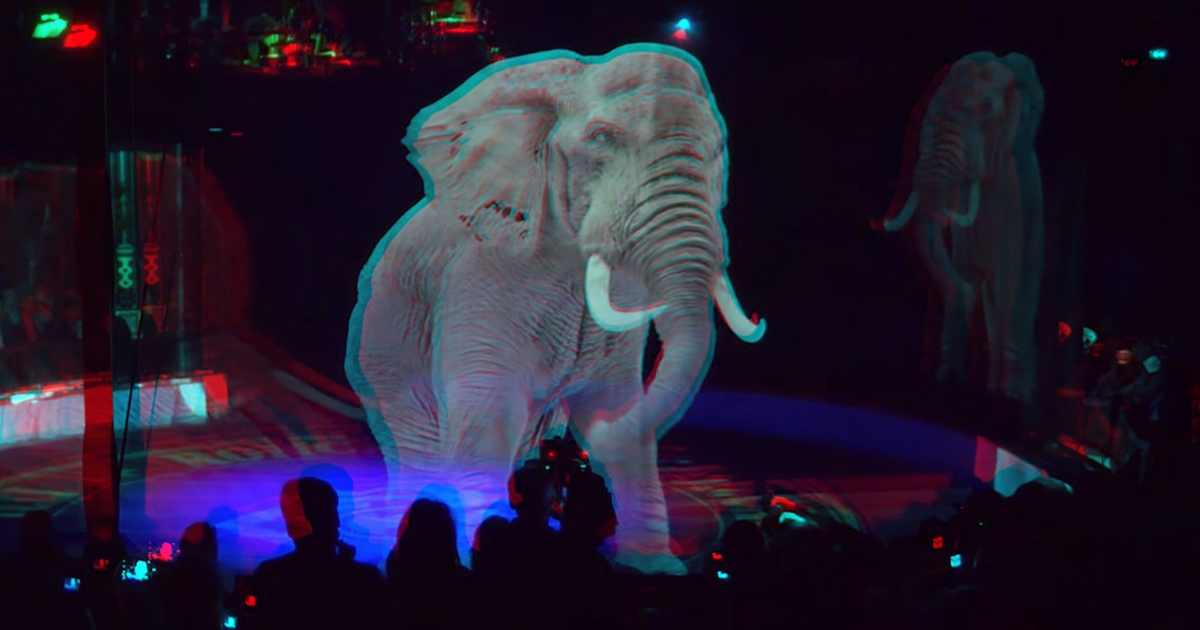 A German Circus Is Using Amazing Holograms Instead of Animals

Germany's "Circus Roncalli" did away with the oft-criticized practice of making trained animals perform during its shows, opting instead for a high-tech makeover.

Now the circus uses 3D holograms and other projections to create a brand-new kind of animal show, according to the German news outlet RP Online — and it looks like a genuine spectacle. Hologram horses appear out of nowhere, stampeding around the circumference of the circus ring. As they fade away, a giant fish is projected idly floating in place. A hologram elephant approaches part of the audience before recreating the sort of trick one might see in a traditional animal act, balancing on its front two feet, as seen in a 2018 video by Optoma, the company that made the hologram projectors.

The idea is that audiences can get the same sense of wonder they would watching exotic animals in a traditional circus act — plus the bells and whistles of CGI — but because the animals are only holograms, there's no risk of actual living things being treated inhumanely between shows.

Circus Roncalli started to put on hologram shows last year after doing away with live animal shows in late 2017, according to RP Online.

"Unfortunately, the 'old' circus has gotten a bit dusty, but this is how the circus can remain alive," said German TV anchor Max Schautzer in the Optoma video.

READ MORE: This Animal-Free Circus Is Such A Stunning Show [The Dodo]

More on holograms: This Volkswagen Prototype Has a Holographic Interface