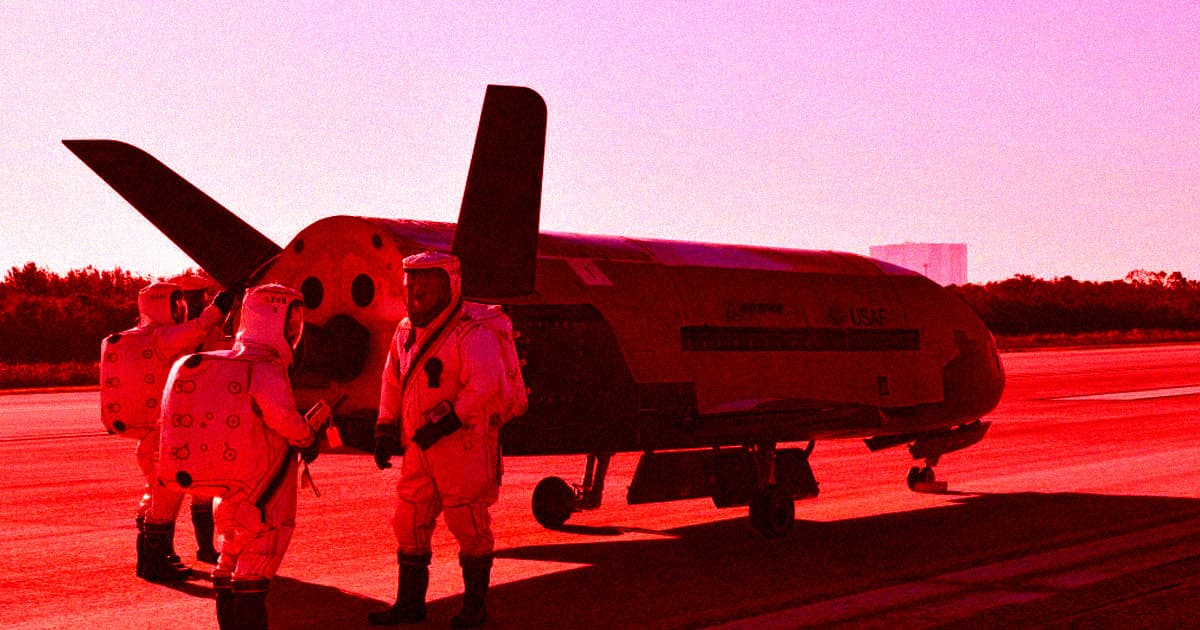 What could it be?

What could it be?

After launching into orbit roughly three months ago, China's top-secret spaceplane has released a mysterious object, which is now circling the Earth behind it, SpaceNews reports.

There's very little we know about China's "reusable experimental spacecraft," except that it launched atop a Long March 2F rocket back in August. We don't know its purpose, what it looks like, or what cargo it was carrying during launch — but it's an intriguing development, nonetheless, for China's reusable launch platform.

The object was released between October 24 and October 31, according to tracking data being analyzed by the US Space Force's 18th pace Defense Squadron.

We can only hazard a guess as to what the mysterious object's purpose is. According to Harvard astronomer and space tracker Jonathan McDowell, it "may be a service module, possibly indicating an upcoming deorbit burn."

Based on the size and weight of payloads Long March rockets usually carry, China's mysterious spaceplane is likely similar to the Air Force's X-37B spaceplane, which is similarly shrouded in mystery and currently on its sixth mission.

We also don't know when the Chinese model will make its return back to Earth, but given recent activity at the Lop Nur base in Xinjiang suggests, it may land there in the near future, according to the report.

It's a puzzling new development for China's secretive spacecraft — but it does raise the possibility of a renewed interest in spaceplanes, a potentially affordable and reusable way to launch payloads into orbit.