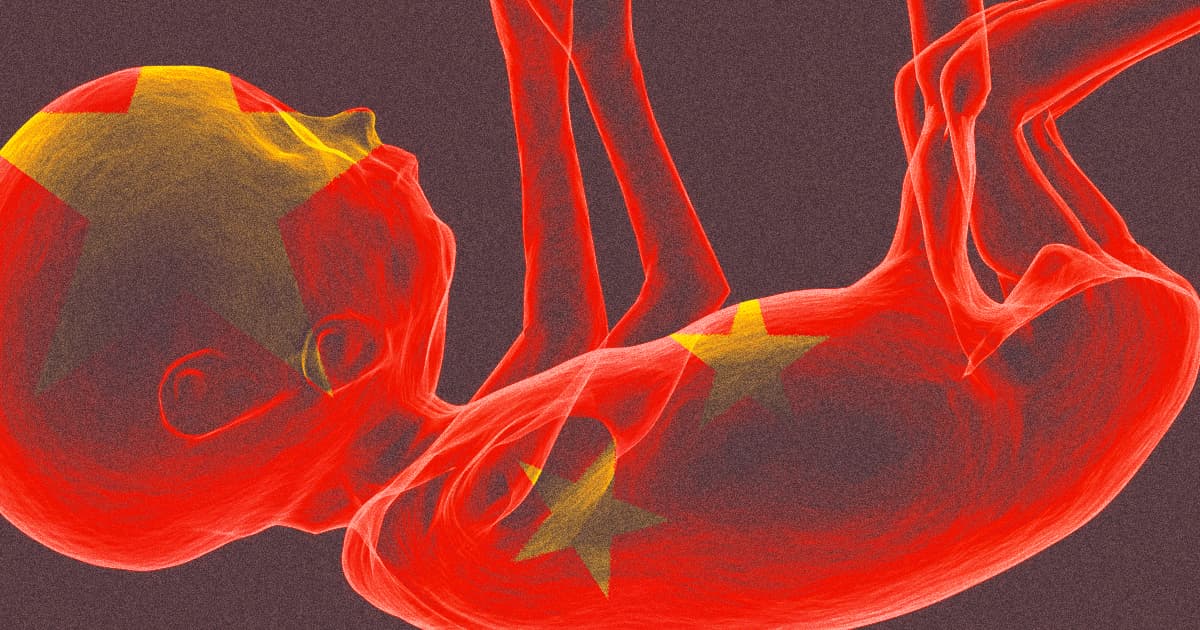 The Birth Rate in China Dropped Substantially This Year

Could this topple a world power?

Could this topple a world power?

China's birth rate took a steep dive last year, with a drastically lower number of babies being born in 2020 than in 2019.

China's Ministry of Public Security reported on Monday that just 10.03 million babies were born in China in 2020. That's nearly 14.9 percent lower than the 11.79 million born in 2019, according to CNN. It could be a temporary blip, but experts warn that a shrinking or aging population could spell trouble for China's stability and role as a major global economic force.

The coronavirus undoubtedly played a role in the sudden drop in the Chinese birth rate. But even if it was exacerbated by the pandemic, 2020s decrease in new births still fits in with a broader trend with China's birth rate.

"The impact of COVID has probably exaggerated it, and in coming years the drops probably won't be so bad, but that downward structural trend is likely to continue," Stuart Gietel-Basten, a social scientist and policy expert at the Hong Kong University of Science and Technology, told CNN. "The number of new babies born is never going to be that high in future, because the number of childbearing women is declining, and will be declining rapidly (in years to come)."

China's population isn't aging as severely as that of countries like Japan, but an ongoing decline in new births could still spell trouble for the country, especially if officials don't plan ahead to mitigate the problems.

"Yes the population is aging, and in the future the population will decline, what you need to do is say how can we make the most of the people we have," Gietel-Basten told CNN. "You can do that through increasing productivity, through changes in education, reforms to the pension system, the healthcare system, by investing now to mitigate against bigger issues in the future."