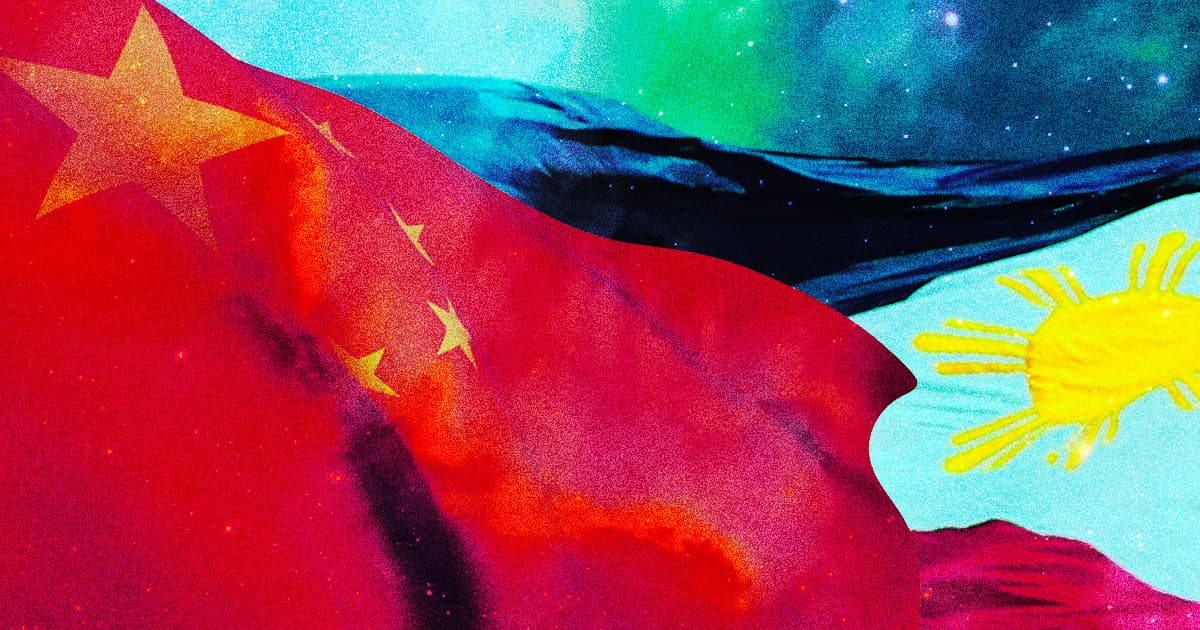 This is a whole mess.

This is a whole mess.

China's in hot water after being accused of yoinking Chinese rocket debris from a Philippine vessel that had recovered them from disputed waters.

As the BBC reports, the Philippine Navy says China of not only blocking its vessels as its boats attempted to retrieve the metallic floating object found near the country's Thitu Island — which are part of the disputed Spralty Island region where the two countries and several others all claim ownership — but also allegedly cutting a towing line that Filipino officers were using to drag the object.

According to the Philippine Navy's Vice Admiral Alberto Carlos, a Chinese coast guard ship "blocked [the Filipinos'] pre-plotted course twice" and then "forcefully retrieved" the object confirmed to be from China's Long March 5B heavy-lift rocket, which became the latest in a long string of debris liberations from spacecrafts made by the People's Republic. A government spokesperson said the sailors didn't fight back because it was "not a matter of life and death."

China disputes the Filipino version of events, the Associated Press reports, and claims the Philippine Navy handed over the rocket debris after a "friendly consultation."

The allegedly forceful retrieval took place over the weekend while American Vice President Kamala Harris was visiting the island nation, heightening the drama.

During her planned talk in the Philippines, Harris appeared to denounce China when decrying the "intimidation and coercion" that occurs around the disputed Spratly Islands , though she didn't single the country out by name.

While this particular piece of Chinese space junk has caused an international relations kerfuffle because it landed in disputed waters, it's not even the latest example of a growing problem.

Indeed, after the piece of the Long March 5B rocket landed in the Philippines, another piece of debris — this time from the Long March 6A rocket — is said to have broken apart into 50 pieces upon entering orbit.

More on China: Chinese Official Squirms at Question About Rocket That Disintegrated in Orbit