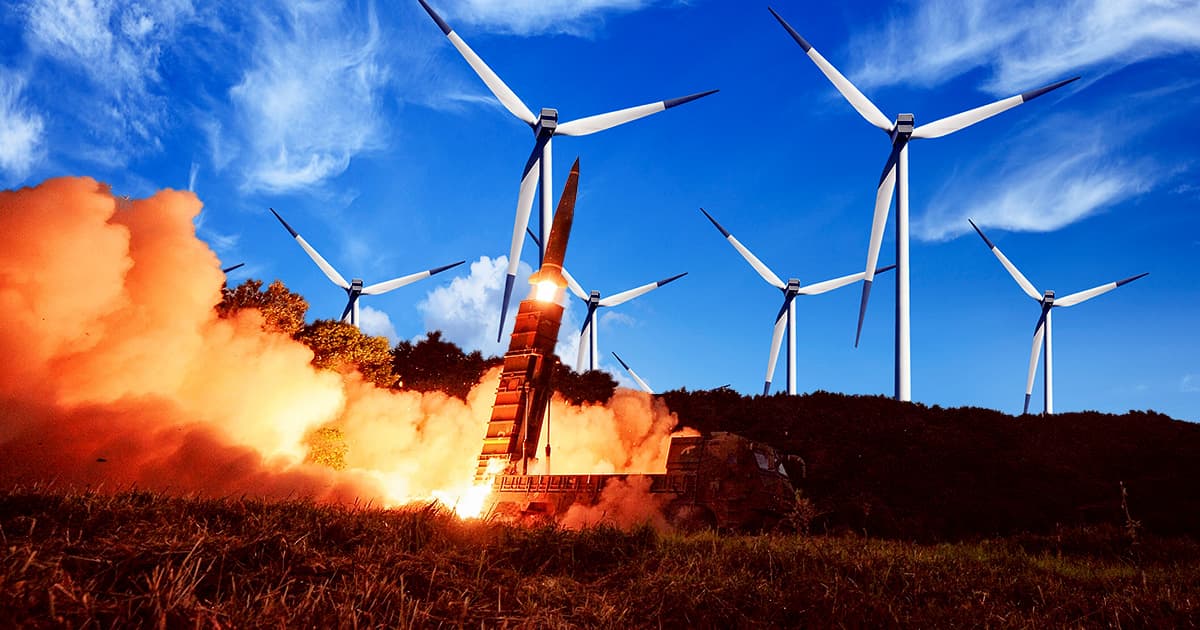 China is in the process of building at least 119 silos for intercontinental ballistic missiles in the northwest area of the country — an alarming display of militarization that could lead to increased tensions around the world.

But fret not! In an astonishingly bold act of greenwashing, China seems to be building the facilities with the environment in mind, SpaceNews reports. So if any of those city-leveling missiles come your way, you can rest easy knowing that their silos were powered with renewable energy from a gigantic new wind farm in the area. What a relief!

News of the wind farm comes from engineer and satellite imagery analyst James Lewis, who decided to take a closer look at the area with commercial satellites after a Washington Post article revealed that China was working on the missile silos back in June.

Lewis analyzed images of the region taken over the course of a year to see how they changed, he explained at the 2021 GEOINT Symposium, a conference of geospatial intelligence professionals, on Thursday. He says he spotted man-made structures popping up and connecting to the silos in an ever-expanding network — and that a Google search revealed that they were wind turbines.

"There's not a large population of people there," Lewis said at the conference, according to SpaceNews. "So why are they building all these wind farms there? They are obviously trying to power something of relatively large size."

Lewis also suggested that the new missile program is even more expansive than WaPo reported and that there seemed to be more than 119 silos, according to his satellite data. Thank goodness for the wind power, though, because it would be a shame if the devastating weapons also meant China was burning more coal.

More on the missile silos: China Is Building Even More Nuclear Missile Launchers

Dam Straight
China Says It's 3D Printing a 590-Foot Hydroelectric Dam With Zero Human Labor
May 11
Read More
Climate Change Chats
How to Talk to Your Family About Climate Change
11. 24. 21
Read More
Fusion Update
Chinese Scientists Say They've Discovered Cheap New Way to Do Nuclear Fusion
11. 12. 21
Read More
+Social+Newsletter
TopicsAbout UsContact Us
Copyright ©, Camden Media Inc All Rights Reserved. See our User Agreement, Privacy Policy and Data Use Policy. The material on this site may not be reproduced, distributed, transmitted, cached or otherwise used, except with prior written permission of Futurism. Fonts by Typekit and Monotype.