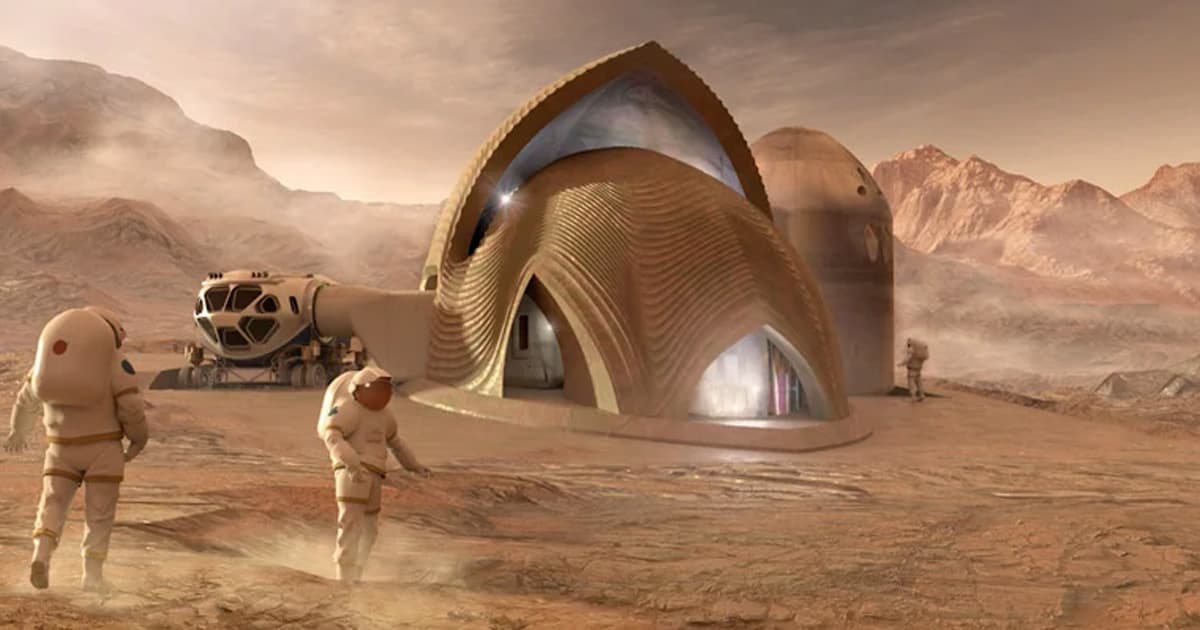 The race to establish a human presence on Mars is heating up.

The race to establish a human presence on Mars is heating up.

China's state-owned Academy of Launch Vehicle Technology (CALT) has announced some ambitious plans to establish a permanent crewed base on the surface of Mars.

The announcement sends a strong signal that China is just as interested in developing a human presence on the Red Planet within the next 20 or so years as NASA and SpaceX — or, at least, that it sees propaganda value in planning out such missions.

China is hoping to start with a Mars sample return mission in the early- to mid-2030s, as well as a mission to find the best spot for a future base. Next is a crewed mission, which will involve laying the foundations for the Mars base.

In the early 2040s, the country is hoping to establish a "large scale Earth-Mars cargo fleet" for "large scale development of the Red Planet," according to Global Times.

China is hoping to use nuclear power to allow the first crews to travel to Mars, according to Wang.

The scientist even mentioned a "Sky Ladder," essentially a type of space elevator, that could carry cargo and crews to the Moon using just four percent of the cost. This would involve a capsule traveling along a carbon nanotube to a space station before relaunching towards the Moon.

These ideas may sound mostly like science fiction at this point. But if China's recent track record is anything to go by — the country has managed to send rovers to both the Moon and Mars as well as establishing a space station in orbit over the course of just several years — it may just have a shot at realizing its Mars exploration goals as well.