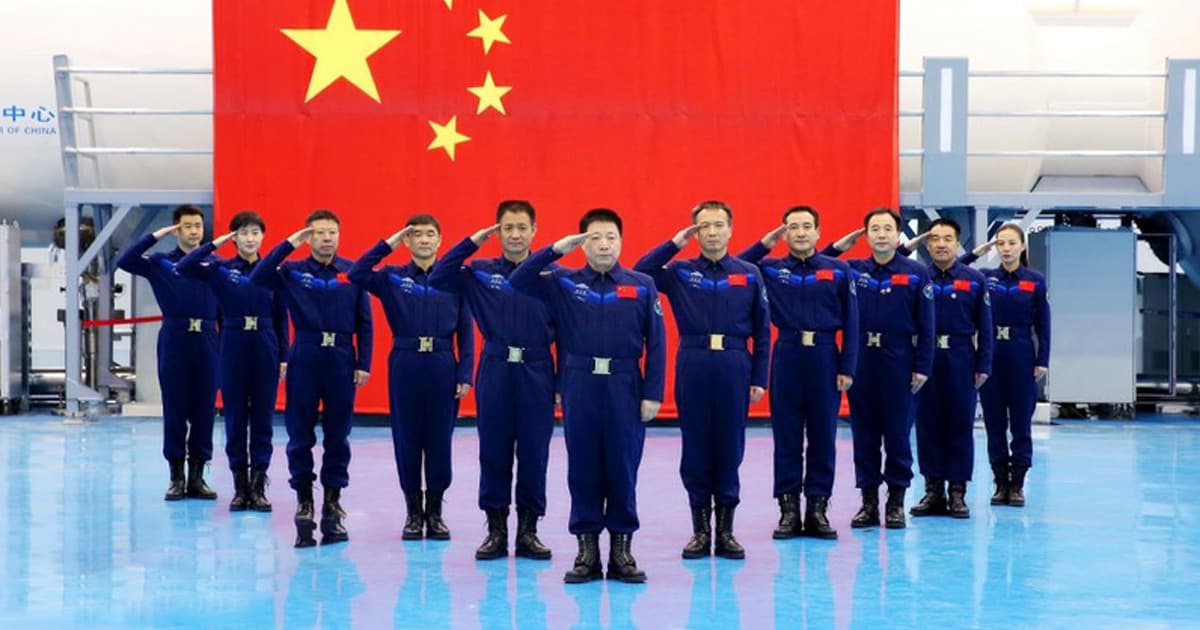 It's going to be crowded up there.

It's going to be crowded up there.

Earlier this month, China announced the third set of astronauts that will travel up to Tiangong-3, the country's upcoming space station.

The new roster, 17 men and one woman, are a mix of aviators, engineers, and scientists, Space.com reports. When the space station is operational — currently slated for sometime in 2022 — the 18 crewmembers will join another 21 who were announced during previous rounds.

Of the new members, eight are coming in from the Chinese Air Force and will serve as spacecraft pilots, Space.com reports. Seven will work as engineers and scientists on the space station, and the last four are payload experts from China's previous crewed space missions.

China hasn't released the criteria used to choose the new crewmembers, according to the state-run outlet China Daily, but the training they have to undergo after selection includes written exams on fields like physics and astronomy.

China has already successfully tested the Long March 5B rocket it plans to use to carry astronauts to the station once it's ready.

Just getting all the pieces of the station itself into orbit will take 11 separate rocket launches, with construction on the station's main module slated to begin next year.

More on Tiangong-3: China Tests Spacecraft That Will Send a Crew to its Space Station