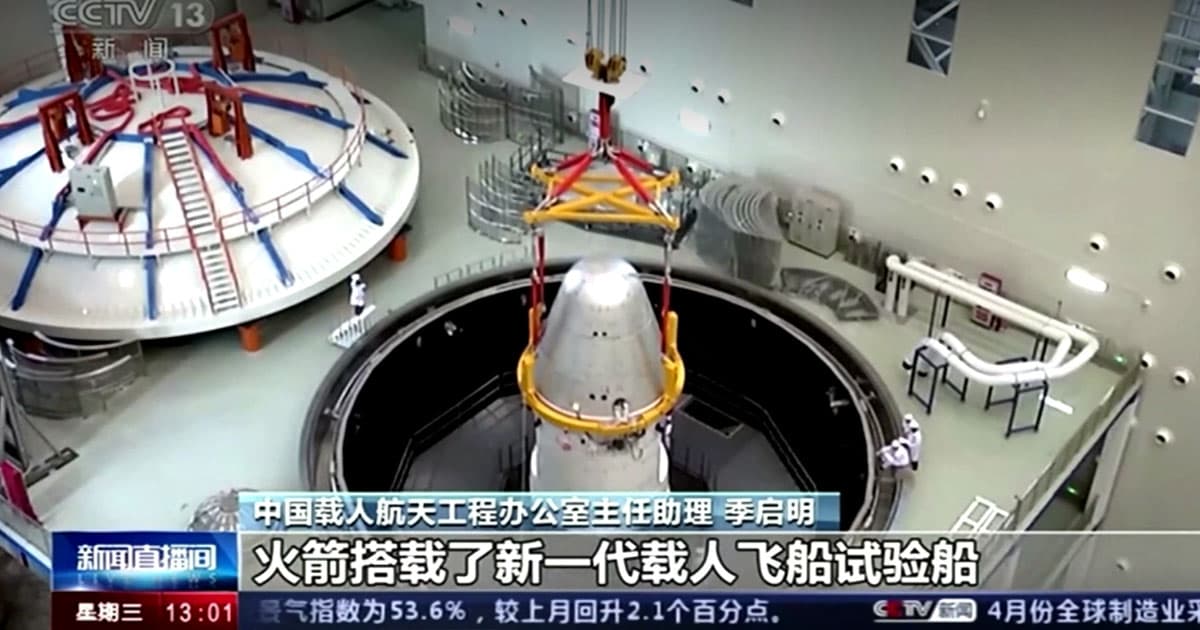 "We can say that China has now similar manned space capability of the US and Russia."

"We can say that China has now similar manned space capability of the US and Russia."

While this mission was uncrewed — it only took scientific instruments into orbit — the plan is to eventually use it to send crewmembers to the Moon and beyond, Al Jazeera reports. The successful test run of the spacecraft is a major step forward for China's space agency as it seeks to overtake the U.S. and Russia in space exploration.

There was one small anomaly, the details of which remain undisclosed, involving a cargo capsule while the spacecraft was landing. But the landing itself was a success, Al Jazeera reports, lending credibility to Beijing's plan to use the spacecraft to populate a new orbital space station.

China has plans to begin construction on its that space station — a national alternative to the International Space Station — in 2022 and launch it shortly thereafter.

For now, experts see the successful test as a sign that China's space capabilities rival and could exceed those of other countries.

"We can say that China has now similar manned space capability of the US and Russia," space analyst Chen Lam told Al Jazeera.

More on China's space program: China Tests Spacecraft That Will Send a Crew to its Space Station