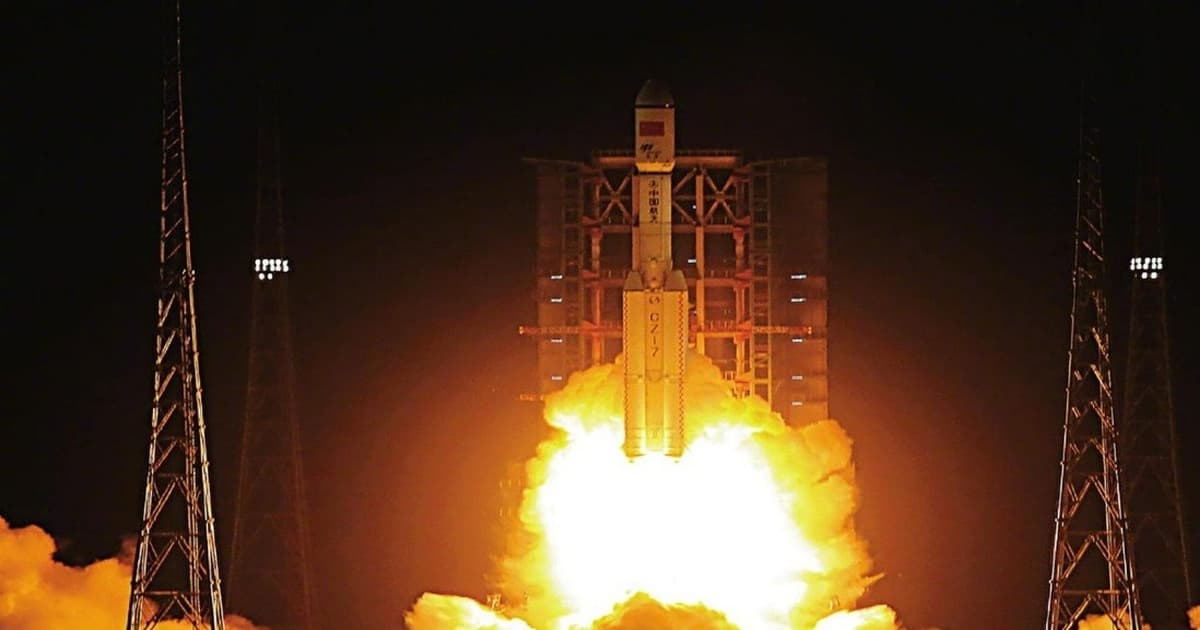 The new space station is poised to be the ISS’s chief rival.

The new space station is poised to be the ISS’s chief rival.

China has successfully launched a resupply craft to its orbiting space station module — marking another step forward to building a formidable rival for the International Space Station (ISS).

The Tianzhou-2, or "Heavenly Vessel," took off from the Wenchang Space Launch Center in Hainan, China on Saturday morning, according to Reuters. Its goal is to autonomously dock, carrying supplies for future astronauts, with the Tianhe, or "Harmony of the Heavens," core module.

The craft launched using a Long March-7 Y3 rocket — which some might recall comes from the same family of rockets as the recent deathrocket that plummeted to Earth earlier this month.

The Tianzhou-2 follows the successful launch of the Tianhe core module on April 29, 2021. This is all a part of China’s plan to create a three-module station to rival the ISS.

Currently, there are 15 partner countries that support the ISS including the United States, Canada, Russia, Japan, and the United Kingdom, according to NASA.

China, like the kid at recess getting ignored while others get picked for kickball teams, has been banned from taking part in the ISS by the United States.

So it’s easy to see this as a ramping up of the modern day space race — especially since the United States is starting to sound the alarm on potential threats the Chinese space station poses.