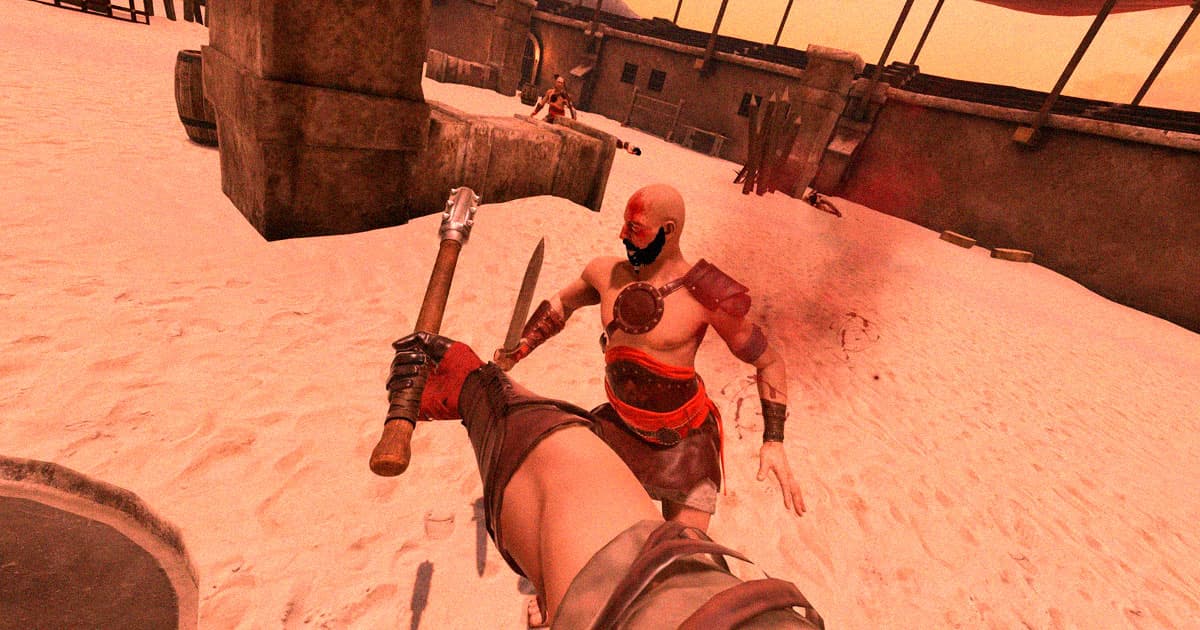 Parents Alarmed by Children Slicing Off Enemies' Limbs in VR

"It bothered me in a way it doesn't on flat screens even, because they're doing it with their hands in physical presence."

"It bothered me in a way it doesn't on flat screens even, because they're doing it with their hands in physical presence."

Since the days of "Doom" and "Duke Nukem," parents have worried about bloody video games turning their children violent. Now, they might have to worry about virtual reality gore and dismemberment as well.

At least that’s the case with some parents who got their kids VR headsets this past Christmas, like Allen Roach, who told CNN that he became concerned when his 11-year-old son Peyton began slicing off the limbs of his enemies in the VR game "Blade & Sorcery."

"It bothered me in a way it doesn't on flat screens even, because they're doing it with their hands in physical presence," the father told the broadcaster. He later stopped allowing all of his children from playing the game on their Oculus Quest 2 headset.

The Roach family’s experience is one echoed by households all over the world as more and more kids have access to VR headsets and gaming.

While we’re still in the nascent stages of VR, it will undoubtedly grow in popularity as big companies begin to invest more and more resources to build the metaverse. This means that parents will have to contend with a new digital world that their kids will have access to.

Organizations such as the XR Safety Initiative, a children's’ safety advocacy group focused on VR and AR experiences, have already been formed to address the issues and concerns of parents.

"Things you see you can’t unsee," Kavya Pearlman, founder and CEO of the group, told CNN. She recommends that parents warn their kids against talking to strangers on VR, along with policing the apps available to their kids.

It’ll be interesting to see how parents react to the rise in VR — and how exactly it’ll impact children's’ development. If history is any indication, though, much of the fear-mongering around violence in video games turned out to be misplaced.

Though admittedly, we’d probably be disturbed if our kids were slicing the arms and legs off their enemies in grotesque ways too.

READ MORE: In VR, there are no rules, so parents are making up their own [CNN]