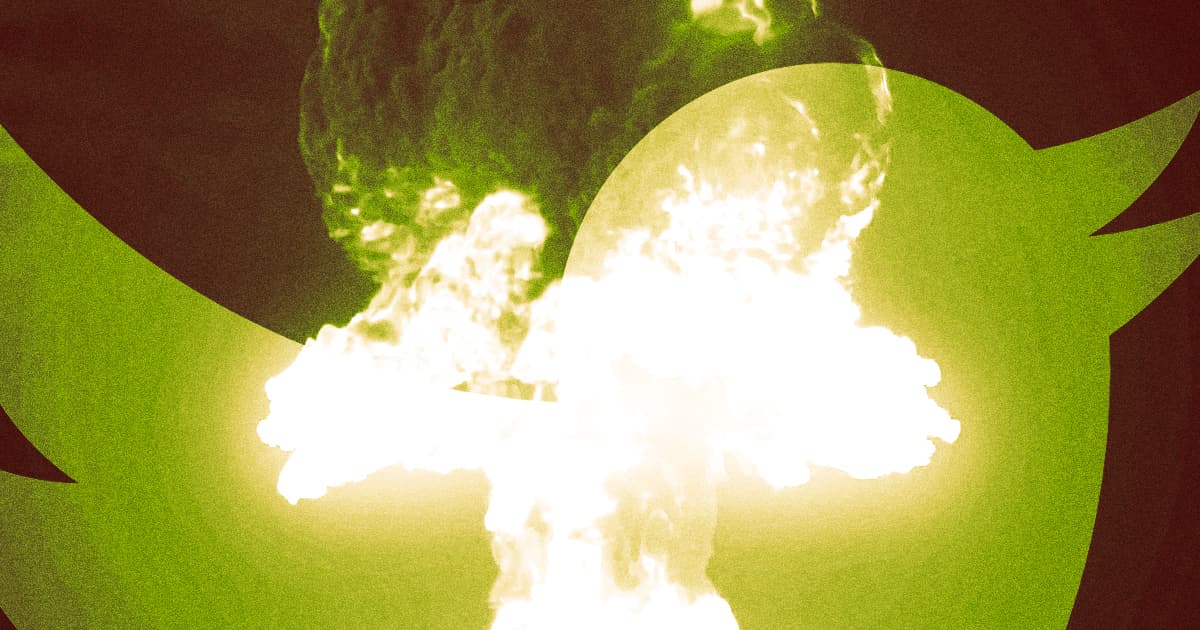 No, those weren't the nuclear launch codes.

No, those weren't the nuclear launch codes.

On Monday, the US Strategic Command — that's the agency that controls the military's nukes — tweeted a bizarre string of characters that left the internet confused and perhaps mildly concerned.

Not that there's anything wrong with occasionally firing up Twitter and broadcasting ";l;;gmlxzssaw" to the world, of course. But Stratcom helps oversee and manage the country's nuclear arsenal. So any glitch or potential hack, no matter how small, justifies a raised eyebrow. Thankfully, it turns out that nothing sinister happened and the since-deleted tweet stemmed from regular old nonsense — though the incident reveals a stunning lack of judgment and security within a high-profile military agency.

The Strategic Command quickly apologized for the tweet but didn't specify what was going on. So the Daily Dot filed a Freedom of Information Act (FOIA) request to access the agency's records regarding the tweet.

What they found was that the person behind that Twitter account left the window open and their young child saw an opportunity for mayhem. No hidden codes, no government hack — just a kid running their hands across the keyboard and pressing the post button.

In the Strategic Command's formal response to the Daily Dot, FOIA manager Kendall Cooper very specifically noted that the tweet wasn't linked to any hack, perhaps because any misconceptions about what happened would probably be more troubling than admitting to the tweet's particularly-silly backstory.

READ MORE: The agency that controls U.S. nukes had its Twitter account accessed by a child [The Daily Dot]

D*** Pic Freedom
Elon Musk Thinks It’s Likely that “Something Bad” Will Happen to Him
Yesterday
Read More
Abso-Effing-Lutely
Free Speech Absolutist Elon Musk Discovers That Some Speech Is Unacceptable After All
Dec 2
Read More
Break Out in Hives
Twitter Competitor Shuts Down App When It Turns Out Hackers Can Read Users' Private Messages
Dec 1
Read More
+Social+Newsletter
TopicsAbout UsContact Us
Copyright ©, Camden Media Inc All Rights Reserved. See our User Agreement, Privacy Policy and Data Use Policy. The material on this site may not be reproduced, distributed, transmitted, cached or otherwise used, except with prior written permission of Futurism. Articles may contain affiliate links which enable us to share in the revenue of any purchases made.
Fonts by Typekit and Monotype.