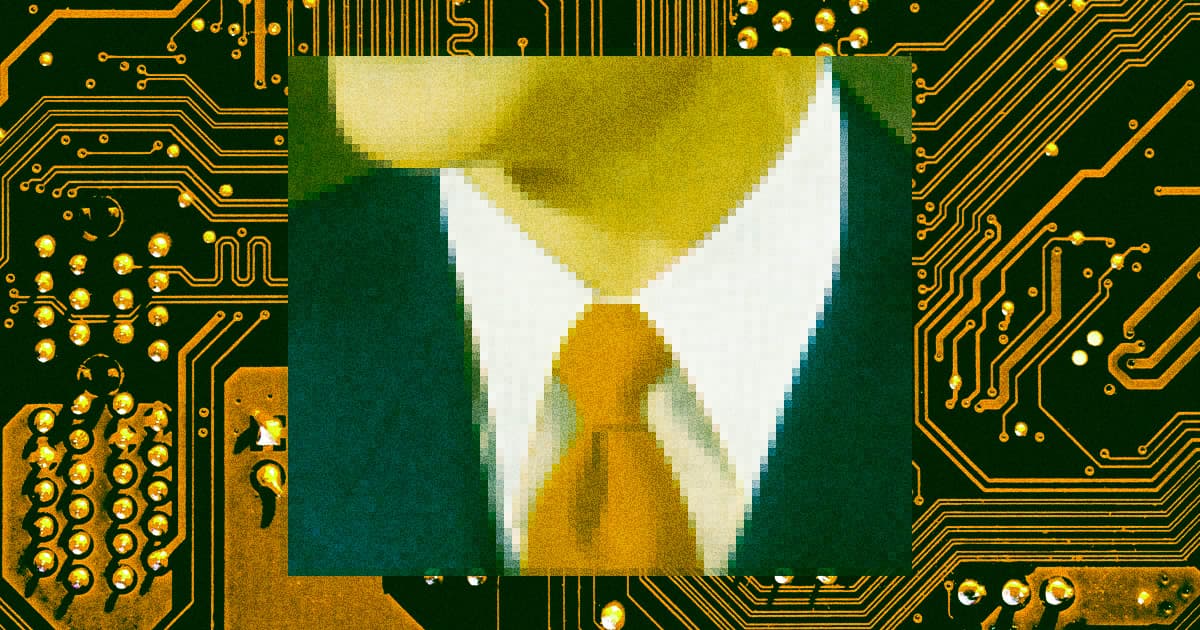 Yet another AI-induced existential crisis.

Yet another AI-induced existential crisis.

Just in case anyone out there — even you, c-suite suits — had any remaining shred of hope that their job is truly safe from the robots, we're here to let you know: ChatGPT, OpenAI's groundbreaking language modeling AI, just passed a Wharton Business School exam, according to a research paper from Wharton professor Christian Terwiesch.

"OpenAI's Chat GPT3 has shown a remarkable ability to automate some of the skills of highly compensated knowledge workers in general and specifically the knowledge workers in the jobs held by MBA graduates including analysts, managers, and consultants," reads the paper, adding that the machine was capable of "performing professional tasks such as writing software code and preparing legal documents."

If it's any consolation, ChatGPT didn't pass with flying colors. The paper notes that the bot would've only received a B or B-minus, and that was only after it had modified a few answers with the help of a human expert, who, in the words of the researcher, provided the bot with an "appropriate hint."

It's also worth noting that the machine's success — or more specifically, in what subjects the machine was particularly successful in — was pretty predictable. ChatGPT has already proven proficiency in both coding and legalese. And meanwhile, it apparently missed some pretty easy math, a subject that language modelers seem to have a lot of difficulty with across the board.

ChatGPT "at times makes surprising mistakes in relatively simple calculations at the level of sixth grade math. These mistakes can be massive in magnitude," writes Terwiesch, who also provided that "the present version of ChatGPT is not capable of handling more advanced process analysis questions, even when they are based on fairly standard templates."

A small victory for humans! Emphasis on the small, though. We can imagine that the bot's overall proficiency is sparking a fair amount of conversation — and concern — among the business school professors who may now have extra cause to fear AI-assisted cheating, and of course concern from students, who might soon be competing with AI-driven automation in white collar markets. Besides, there are enough kids with multibillion-dollar daddies for business school grads to compete against already.

Chinese Chatbots
Chinese Company Gearing Up to Release Powerful ChatGPT Competitor
Yesterday
Read More
AI Buster
We Tested OpenAI's New AI-Detector and Uhhhhh
Yesterday
Read More
I Have a Dream of Mass Layoffs
ChatGPT Shamelessly Writes Letter Announcing Layoffs While Promoting Execs and Quoting MLK
Jan 26
Read More
+Social+Newsletter
TopicsAbout UsContact Us
Copyright ©, Camden Media Inc All Rights Reserved. See our User Agreement, Privacy Policy and Data Use Policy. The material on this site may not be reproduced, distributed, transmitted, cached or otherwise used, except with prior written permission of Futurism. Articles may contain affiliate links which enable us to share in the revenue of any purchases made.
Fonts by Typekit and Monotype.