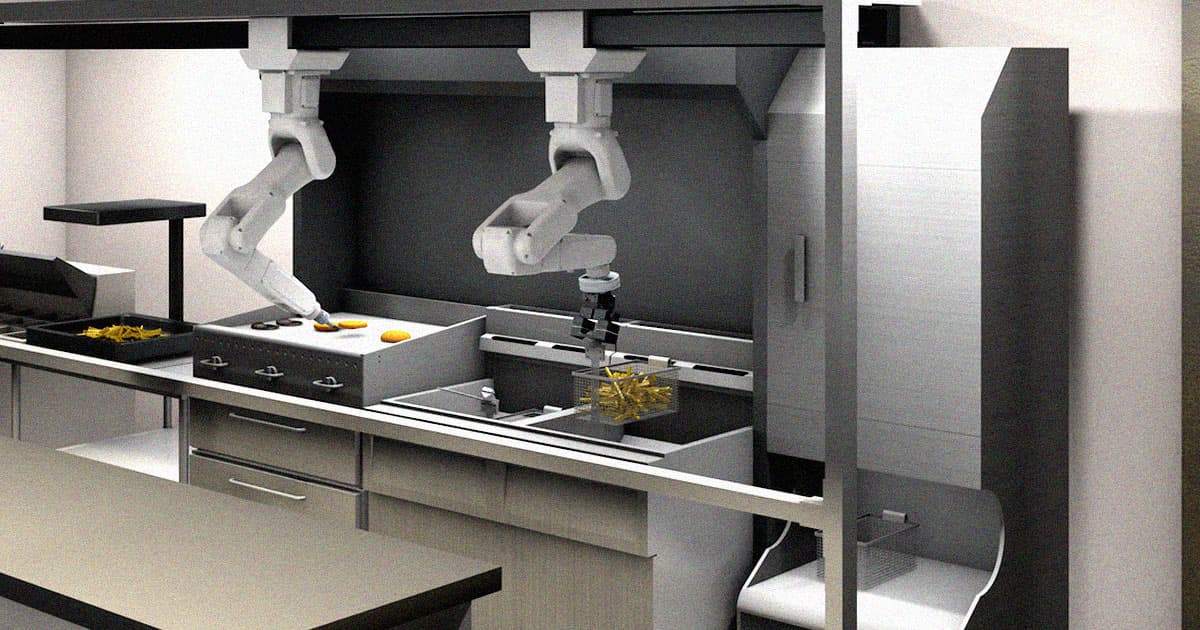 "It does it faster or more accurately, more reliably and happier than most humans do it."

"It does it faster or more accurately, more reliably and happier than most humans do it."

If any workforce is under the looming threat of being replaced by automation, it’s the fast food industry.

One of such mechanized threats takes the form of Flippy, a hamburger flipping robot developed by Miso Robotics. Operated by an AI and cameras, the wage slave Terminator is  now back with its next evolution, Flippy 2. Where the original Flippy was limited to burgers, Flippy 2 is now a fry cook killer, deep frying delicious crispy stuff from french fries to onion rings mostly on its own.

And in a new interview, the company's CEO — intentionally or not — sounded strikingly contemptuous of the human workers the bot will be replacing.

"It does it faster or more accurately, more reliably and happier than most humans do it," Miso CEO Mike Bell told Reuters in a new interview.

You heard the man. This docile robot will get the job done — without ever complaining about grueling hours or stagnant wages.

Ostensibly, the robot helper is supposed to work alongside overburdened human employees rather than replacing them. According to Miso, human workers are "happy to offload" working at the fry station to the robot.

Of course, that line of reasoning glosses over why those workers are overburdened in the first place, and doesn’t provide a satisfactory answer on what a robot like Flippy solves that adding another human employee doesn’t.

In addition, Flippy 2 is capable of autonomously grabbing frozen ingredients out of the freezer, as well as cooking multiple meals containing different recipes at the same time. In other words, it sounds a lot like the end goal is a fast food outlet with as few human workers as possible.

All those thorny ethical questions haven't stopped chains like Jack in the Box, White Castle, and Caliburger from already putting Flippy 2 to use, which we guess we can't be too surprised about.

Bell envisions that someday, customers will "walk into a restaurant and look at a robot and say, 'Hey, remember the old days when humans used to do that kind of thing?’

More on robots: Watching Elon Musk's Robot Back to Back With Boston Dynamics Is... Something