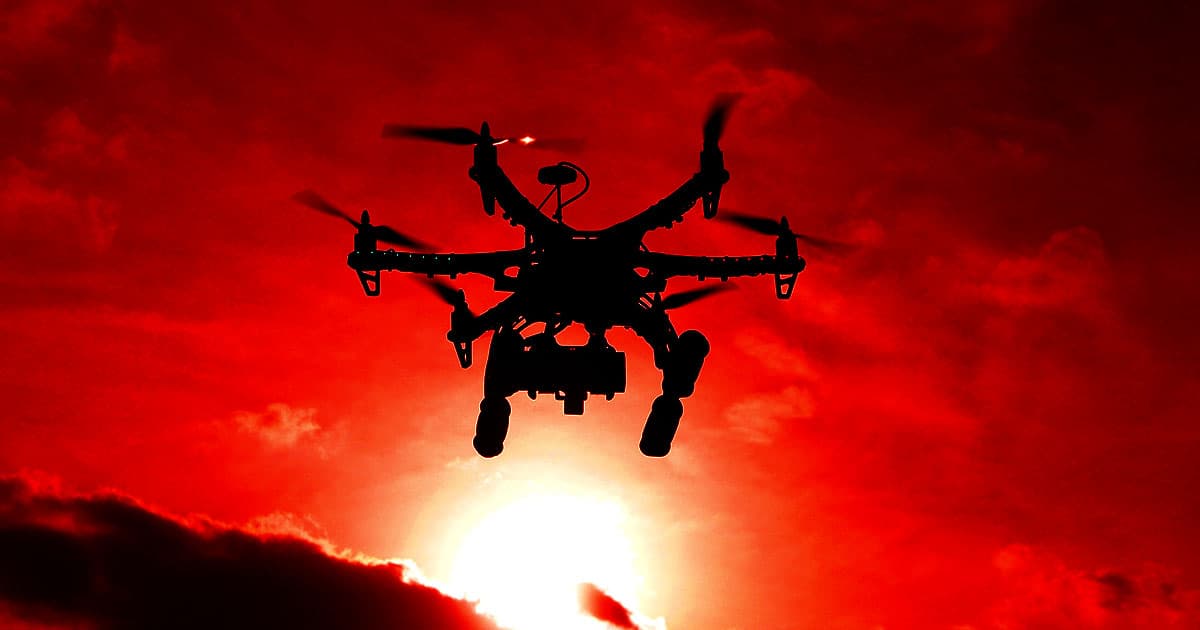 The footage is seriously disturbing.

The footage is seriously disturbing.

Just over a month after MIT professor Max Tegmark warned that "slaughterbots" could land in the hands of bloodthirsty drug cartels, Vice is now reporting that cartel militias are already using drones to drop improvised bombs on their enemies.

The footage was allegedly recovered after the drone was shot down. Vice, however, has yet to independently verify the authenticity of the shocking video.

The report should come as a warning: experts have already cautioned about criminals taking advantage of technologies to kill — a grim democratization of military technology which, if this video is indeed authentic, appears to already be starting.

The drone reportedly belonged to members of the Jalisco New Generation Cartel (CJNG), according to Mexican newspaper El Pais. The cartel has transformed into one of the most vicious criminal organizations in the country over the last decade, Vice reports.

The CJNG have been weaponized drones since at least late 2017.

It's a brutal trend. With no end in sight for Mexico's drug war, factions will likely continue sparring — and they're adapting to a future in which killer technologies like drones are more accessible than ever.