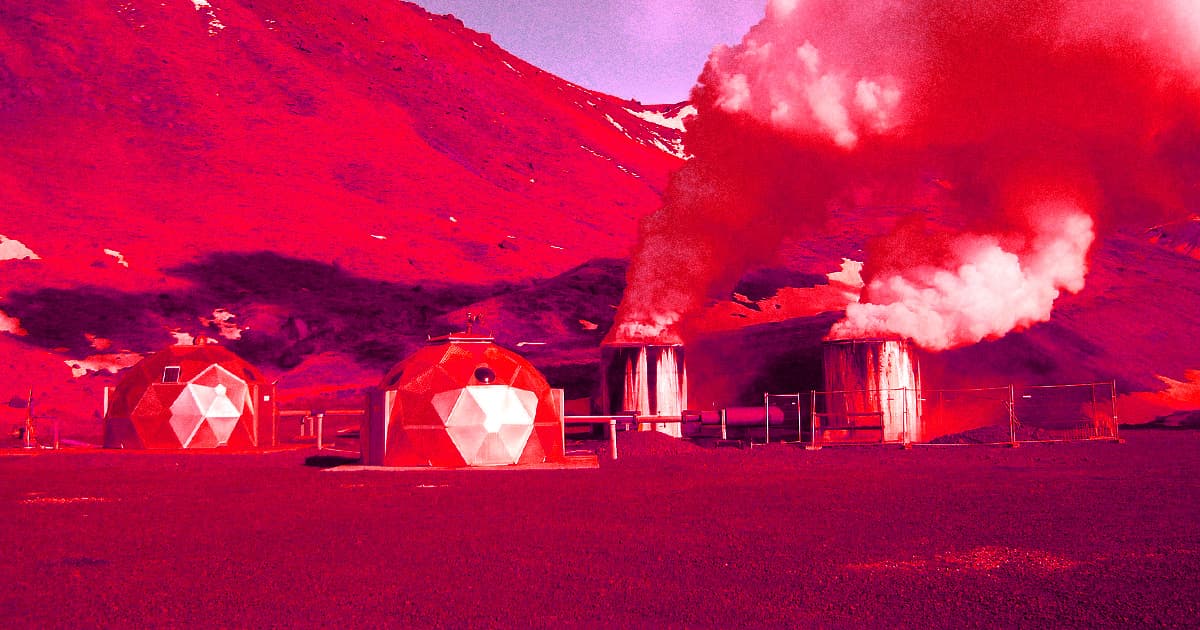 This Team Wants to Capture Unlimited Energy From Inside the Earth

They have to dig so deep that they risk triggering a massive earthquake.

They have to dig so deep that they risk triggering a massive earthquake.

In central Italy, a team of scientists dug a well two miles deep in search of a functionally-unlimited supply of clean energy.

If the group of Italian and Swiss geologists manages to get a little bit deeper and reach the K horizon — the depth at which they expect to find reservoirs of highly-pressurized fluids — they would be able to tap into what Wired describes as "one of the most energy-dense forms of renewable power in the world."

The trick, however, is digging that deep without triggering a massive earthquake along the way.

The scientists are optimistic that they can reach the K horizon without causing an earthquake — they published research in the journal JGR Solid Earth last month that suggests it's possible.

But tapping the energy source beneath — known as supercritical fluid because it has properties of both liquid and gas — will prove to be tricky in its own right.

"The fluids are very corrosive and dissolve a lot of stuff out of the rock that you need to deal with," said Susan Petty, cofounder of the geothermal company Alta Rock Energy, told Wired. "It's scary stuff."

Scientists also need to make sure they've actually found a reservoir before beginning such an ambitious digging project.

Supercritical fluids are fairly uncommon, Wired reports, so even if this particular project succeeds, other parts of the globe may be out of luck. But the areas near these hotspots, if they tap in, could find themselves with access to unlimited clean power.